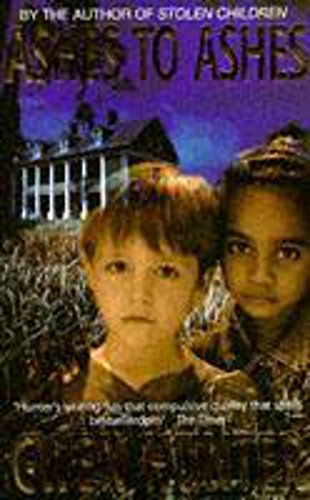 Ashes To Ashes
by Gwen Hunter

Out of Stock
$18.49
inc. GST
When Jack Davenport dies, his wife Ashlee is distraught. But then she finds some photos of him with her best friend, and hears menacing phone calls from his former business partner. What little remains for Ash, her daughter and her farm is threatened, by something someone wants very badly.
Very Good
Only 0 left

Ashes To Ashes by Gwen Hunter

Ashlee Chadwick Davenport has been a widow for only a month when she finds disturbing evidence suggesting that her husband Jack--pillar of the community, church deacon, principled businessman--might have been much less honorable than he seemed. There are recordings of anonymous phone calls alleging Jack was involved in unsavory business transactions. Records of shady land deals. And she finds letters that hint at even darker dealings.

Worse, from an emotional standpoint, Ashe discovers racy photos of her deceased husband with her best friend. She feels as if her marriage and her life have been ripped away from her. Her whole existence has been built on lies.

All she has left is her daughter and the farm that has been in her family for generations. Then, suddenly, even those things are threatened. Jack's death has left her holding something that someone wants very badly. And they'll do anything to get it.

Ashe must draw on her ever-growing anger to find the strength to fight Jack's final legacy: an unknown, unseen enemy.

GOR001740933
Ashes To Ashes by Gwen Hunter
Gwen Hunter
Used - Very Good
Paperback
Hodder & Stoughton General Division
1996-11-21
343
0340638001
9780340638002
N/A
Book picture is for illustrative purposes only, actual binding, cover or edition may vary.
This is a used book - there is no escaping the fact it has been read by someone else and it will show signs of wear and previous use. Overall we expect it to be in very good condition, but if you are not entirely satisfied please get in touch with us.