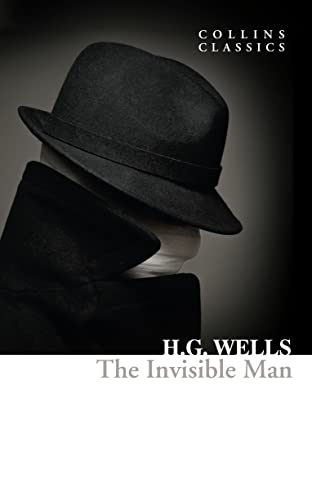 "I beheld, unclouded by doubt, a magnificent vision of all that invisibility might mean to a man - the mystery, the power, the freedom."

Griffin, a stranger, arrives at the local inn of an English village, entirely shrouded in bandages. Forbidding and unfriendly, he confines himself to his room. Driven away by the villagers and turning to an old friend for help, Griffin reveals that he has discovered how to make himself invisible, and plans to use his condition for treacherous ends. But when his friend refuses to join his quest, Griffin turns murderous, threatening to seek revenge on all who have betrayed him.

H. G. Wells' controversial works are considered modern classics of the science fiction genre. Originally serialised in 1897, The Invisible Man is a fascinating exploration of power, corruption and science.

'The father of science fiction' Guardian

GOR010899510
9780008190071
0008190070
The Invisible Man (Collins Classics) by H. G. Wells
H. G. Wells
Collins Classics
Used - Like New
Paperback
HarperCollins Publishers
2017-01-26
208
N/A
Book picture is for illustrative purposes only, actual binding, cover or edition may vary.
The book has been read, but looks new. The book cover has no visible wear, and the dust jacket is included if applicable. No missing or damaged pages, no tears, possible very minimal creasing, no underlining or highlighting of text, and no writing in the margins
Trustpilot