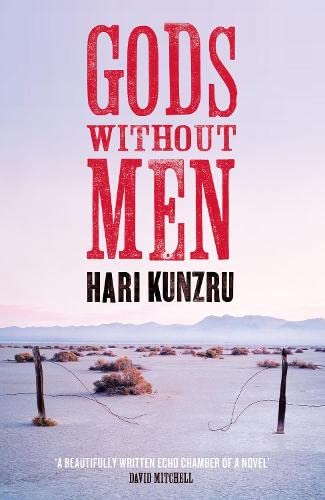 Gods Without Men
by Hari Kunzru

In Stock
$11.49
+10% GST
It's 2008. The California desert. A four-year-old autistic boy, Raj Matharu, disappears in the wilderness, plunging his wealthy New York parents into the surreal public hell of a media witch-hunt. But the desert is inexplicable and miraculous, and the Matharus' fate is bound up with that of others.
Very Good
Only 2 left

Gods Without Men by Hari Kunzru

2008. The California desert. A four-year-old autistic boy, Raj Matharu, disappears in the wilderness, plunging his wealthy New York parents into the surreal public hell of a media witch-hunt. But the desert is inexplicable and miraculous, and the Matharus' fate is bound up with that of others: a debauched British rock star, on the run from a failed relationship and the sordid excesses of his life; a former member of an extraterrestrial-worshipping cult, now middle-aged but still haunted by transcendent callings; and a teenage Iraqi refugee, who befriends a young black Marine while playing the role of 'Iraqi villager' in a military simulation exercise. Their lives converge in an odd, remote town, near a rock formation called The Pinnacles -- and among the tangled echoes and stories of all those who have travelled before them through this brutally powerful landscape.

A branching and multilayered novel by one of our most acclaimed writers, and a compulsively readable journey into the twists and turns of a handful of human lives, Gods Without Men is a heartfelt exploration of our search for pattern and meaning in a random and chaotic universe.

A beautifully written echo chamber of a novel -- David Mitchell
Kunzru's engagingly wired prose and agile plotting sweep all before them * New Yorker *
One of the most talented writers of his generation * Image *
Kunzru's prose sashays across the page with all the fluid flamboyance of a dance * The Times *
Pitch-perfect masterwork * Publishers Weekly *
Kunzru just gets better and better. This fourth novel is an astonishing tour de force * Kirkus *
The literary skills of Hari Kunzru are evident throughout this complex and disturbing novel . . . beautifully constructed sentences . . . A briliant crossover literary feat -- Annie Proulx * Financial Times *
A funny, beautifully observed novel that raises big questions about how far events and people, past and present, are connected. But for all the big ideas, it is also surprisingly moving * Psychologies Magazine *
With each novel, Hari Kunzru is proving himself a subtler and more ingenious writer . . . his most ambitious work yet * Scotland on Sunday *
Dizzying scope . . . It is a testament to Kunzru's ability as a writer that Gods Without Men presents so many characters sketched so vividly * New Statesman *
A fine writer with an enviably fertile imagination * Telegraph *
Refreshingly uncompromising -- Fatema Ahmed * Prospect *

Hari Kunzru is the author of the novels The Impressionist, Transmission, My Revolutions and Gods Without Men, and the story collection Noise. He lives in New York and his next novel, White Tears, will be published by Hamish Hamilton in spring 2017.

GOR003235526
Gods Without Men by Hari Kunzru
Hari Kunzru
Used - Very Good
Paperback
Penguin Books Ltd
2011-08-04
400
024114311X
9780241143117
N/A
Book picture is for illustrative purposes only, actual binding, cover or edition may vary.
This is a used book - there is no escaping the fact it has been read by someone else and it will show signs of wear and previous use. Overall we expect it to be in very good condition, but if you are not entirely satisfied please get in touch with us.