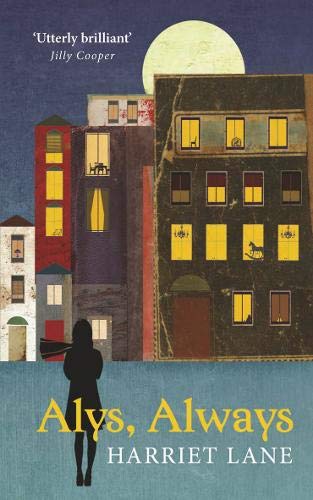 In Stock
$26.99
+10% GST
An outstanding debut about the reverberations of a family tragedy, and its effects on a woman who crossed the family's path.
Very Good Good
5 in stock

Frances is a thirty-something sub-editor, an invisible production, drone on the books pages of the Questioner. Her routine and colourless existence is disrupted one winter evening when she happens upon the aftermath of a car crash and hears the last words of the driver, Alys Kyte.

When Alys's family makes contact in an attempt to find closure, Frances is given a tantalising glimpse of a very different world: one of privilege and possibility. The relationships she builds with the Kytes will have an impact on her own life, both professionally and personally, as Frances dares to wonder whether she might now become a player in her own right...

If I could have a novel made to order; like a Savile Row suit, it would probably be this one... Superbly, even poetically written with an almost feverish hyper-realism, this All About Eve for our times misses no telling detail of the difference between the entitled and unentitled classes... A brilliant idea, brilliantly realised. I loved it, I loved it. I've run out of superlatives and all that remains to say is that I wish I was you; I wish I hadn't read it and had that pleasure to come -- Wendy Holden * DAILY MAIL *
Harriet Lane's Alys, Always is a superbly disquieting psychological thriller...Lane is a formidable wordsmith, and the literary world is conjured up in all its delicious, gossipy hierarchy...Mordantly funny, yet chilling, this tale of an ordinary woman inveigling her way into a position of power is compulsive reading -- Leyla Sanai * THE SPECTATOR *
this novel begins with a bang and delivers all sorts of surprises, but also manages some acute and moving observations about bereavement and grief. A very fine debut. Lane works out her dramatic premise with great originality -- Kate Saunders * THE TIMES *
Wonderfully observed... Lane has her landscape forensically mapped. This is a gripping, psychologically complex achievement, whose greatest success is the lingering sense of unease -- Sheena Joughin * SUNDAY TELEGRAPH *
This chilling and accomplished debut is in classic Ruth Rendell territory. Crucially, the author knows the trick of what to leave out, and of how to tantalise...Frances finds herself admitted to the inner sanctum of London literary life, about which the author, who knows whereof she writes, is most amusing... Lovely, sensuous prose -- Rachel Hore * INDEPENDENT ON SUNDAY *
Harriet Lane's exceptional first novel matches the twisted motivations of Sophie Hannah to the social satire of Amanda Craig's A Vicious Circle. In Frances she has created a character Daphne du Maurier might have been proud of: vulnerable, manipulative, resourceful, chippy, but one of us -- Adrian Turpin * FINANCIAL TIMES *
a suspensful portrait of the outsider and a satisfyingly bitchy send-up of literary London * THE GUARDIAN *
Harriet Lane's take on contemporary class is so sharply observed that it becomes almost satirical: the perennial theme of social climbing gets a superb new treatment in her highly entertaining, slightly chilling tale of a cuckoo in the nest * THE SUNDAY TIMES *
Frances is a fascinating creation: determined, deceitful, intriguingly complex and believably drawn...This deeply unsettling but eminently readable story is one that will linger in the memory * THE OBSERVER *
Lane's narrative voice is captivating, absorbing the reader almost immediately and throughout the novel's various episodes of entanglement, separation and high drama...and her characters are quirky and believable individuals. Alys, Always is a fine portrayal of how people deal with loss and learn to accept "the tinpot vulnerability of human existence" -- Kirsty Hewitt * TLS *
Harriet Lane brilliantly skewers the sycophancy that surrounds the wealthy and successful, allowing their inner circle to bask in the same intoxicating glow. The reader is reeled in hook, line and sinker -- Charlotte Heathcote * SUNDAY EXPRESS *
A compelling fiction debut about a family tragedy. Patricia Highsmith would be proud. Mysterious and suspenseful -- Sebastian Shakespeare * TATLER *
Mesmerisingly told * SAINSBURY'S MAGAZINE *
Amazing; chillingly brilliant -- Lindsay Frankel * RED MAGAZINE *
'A gripping debut. Frances Thorpe leads a mundane life until the day she stops to help at a roadside accident. But, as this clever novel unfolds, it becomes clear that the seemingly boring Frances is capable of seizing an opportunity' * GRAZIA *
A gripping portrait of the lengths to which one woman will go to improve her lot * WOMAN & HOME *
This accomplished debut is a fantastic read * STAR magazine *
this book really is that rarest of creatures, a sort of literary unicorn: a stunning debut... The writing is tight, it's compulsively readable and brilliantly controlled. Harriet Lane has a deft economy when it comes to recording scenes descriptions and dialogue. It is utterly believable in all respects -- Rachel Johnson * THE LADY *
Hugely enjoyable debut about 30-something Frances Thorpe, a lowly sub-editor on the books pages of a Sunday paper who suddenly and unexpectedly comes into contact with the family of a Man Booker prize-winning author - and there sees an opportunity. Barbara Vine-esque stuff * THE BOOKSELLER *
Unputdownable -- Jenni Murray * Woman's Hour, BBC Radio 4 *
A marvellous novel. I absolutely adored it... So subtle, funny, tender and so miraculously observed... Utterly brilliant -- Jilly Cooper
Unsettling, unfussy and unputdownable -- David Baddiel
A clever and original story by an amusing and interesting new novelist -- Nina Bawden
This is a very concise and acute psychological study, at times drily funny...always expertly observed, perfectly paced and smoothly finished off...a novel of skill, elegance and flair, one in which cool calculation and subtle manipulation move, as a cloud in front of the sun, to chill and unsettle, that suddenly cast shade revealing what in full light had been carefully concealed. What is not hidden is Harriet Lane's talent - this is a brilliant debut! * www.cornflowerbooks.co.uk *
Both clever satire on the (north) London literary scene and compelling thriller worthy of Patricia Highsmith, [Alys, Always] is unshowy and modest... Highly recommended -- Jonathan Main * THE TRANSMITTER *
This intriguing first novel, set in the leafy groves of bookish Highgate in North London is a morality tale with a dark sinister undercurrent to rival that of Alan Hollinghurst's "The Line of Beauty" -- Tina Gaudoin * THE WALL STREET JOURNAL EUROPE *
Dark, cynical and unpredictable * SUNDAY EXPRESS *
highly entertaining and squirm-inducing..."Howards End" meets "All About Eve" * INTERNATIONAL HERALD TRIBUNE *

Harriet Lane has worked as an editor and staff writer at TATLER and the OBSERVER. She has also written for the GUARDIAN, the TELEGRAPH and VOGUE. She lives in north London.

GOR003622220
Alys, Always: A superbly disquieting psychological thriller by Harriet Lane
Harriet Lane
Used - Very Good
Hardback
Orion Publishing Co
2012-02-09
224
0297865013
9780297865018
Short-listed for Writers' Guild Book Awards 2012 (UK) Long-listed for Authors Club Best First Novel 2012 (UK)
Book picture is for illustrative purposes only, actual binding, cover or edition may vary.
This is a used book - there is no escaping the fact it has been read by someone else and it will show signs of wear and previous use. Overall we expect it to be in very good condition, but if you are not entirely satisfied please get in touch with us.