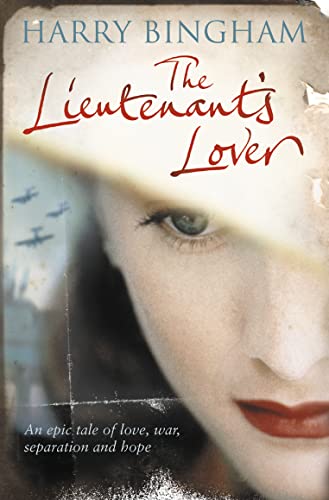 The Lieutenant's Lover
by Harry Bingham

Sweeping epic of adventure and enduring love, from the revolutionary upheaval in Russia to the chaos of post-War Berlin.

The Lieutenant's Lover by Harry Bingham

Sweeping epic of adventure and enduring love, from the revolutionary upheaval in Russia to the chaos of post-War Berlin.

Misha is an aristocratic young officer in the army when the Russian revolution sweeps away all his certainties. Tonya is a nurse from an impoverished family in St Petersburg. They should have been bitter enemies; and yet they fall passionately in love. It cannot last, and Misha must flee the country as Tonya faces arrest and possibly death.

Thirty years later, Misha has survived the War and seeks to rebuild his life in the destroyed city of Berlin. Drawn into spying for the British, he learns of a talented female agent from the Soviet quarter. Can it be his lost love? And how will they find each other, as the divide deepens between East and West?

Intensely dramatic, epic in scope, this is a glorious novel of courage, action and ultimately undying hope.

Praise for `The Lieutenant's Lover':

`An epic love story that stays with you long after you've finished
reading it. It has all the hallmarks of a classic - tragedy, history, hope and thwarted lovers. A haunting, but ultimately uplifting tale.' Prima

`It was pleasurable and unusual to read a book about Russia written in such easy language which made the bitter lives of the people and their sadness come to life.' newbooks

Praise for `Glory Boys':
`Its short, sharp characters are expertly crafted to ensure that, within pages, we're drawn in.' The Times

Praise for `The Sons of Adam':
`Terrific.' Bookseller

`A sweeping tale, destined to make a star of its author.' Lisa Milton, BCA

Praise for `The Money Makers':
`A fast-moving story of greed and redemption.' Daily Telegraph

Harry Bingham was born in England in 1967. After graduating from Oxford University, he worked as an investment banker for ten years, before giving it up to care for his disabled wife and to write his first book. Harry Bingham lives near Oxford with his wife and dogs. He now writes full time.

GOR000547430
The Lieutenant's Lover by Harry Bingham
Harry Bingham
Used - Very Good
Paperback
HarperCollins Publishers
2006-10-02
448
0007205511
9780007205516
N/A
Book picture is for illustrative purposes only, actual binding, cover or edition may vary.
This is a used book - there is no escaping the fact it has been read by someone else and it will show signs of wear and previous use. Overall we expect it to be in very good condition, but if you are not entirely satisfied please get in touch with us.