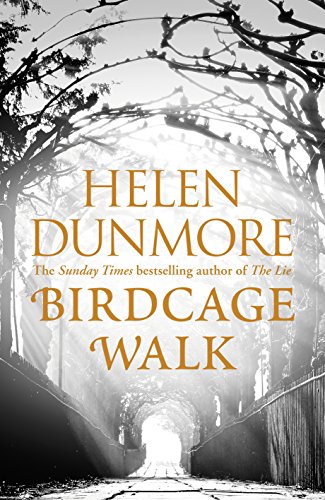 ***Nominated for the 2018 Independent Booksellers Week Award***It is 1792 and Europe is seized by political turmoil and violence. But she has recently married John Diner Tredevant, a property developer who is heavily invested in Bristol's housing boom, and he has everything to lose from social upheaval and the prospect of war.

***Nominated for the 2018 Independent Booksellers Week Award*** It is 1792 and Europe is seized by political turmoil and violence. Lizzie Fawkes has grown up in Radical circles where each step of the French Revolution is followed with eager idealism. But she has recently married John Diner Tredevant, a property developer who is heavily invested in Bristol's housing boom, and he has everything to lose from social upheaval and the prospect of war. Soon his plans for a magnificent terrace built above the two-hundred-foot drop of the Gorge come under threat. Diner believes that Lizzie's independent, questioning spirit must be coerced and subdued. She belongs to him: law and custom confirm it, and she must live as he wants. In a tense drama of public and private violence, resistance and terror, Diner's passion for Lizzie darkens until she finds herself dangerously alone.
"This is the finest novel Helen Dunmore has written ... From the start, Birdcage Walk has the command of a thriller ... The novel's cast is marvellous and vivid ... A novel that deserves to be cherished and to last." -- Kate Kellaway * Observer *
"This powerful novel is a fine final flourish from a gifted writer ... The power Dunmore gives to lowly female lives is inescapably moving, their stories taking us on a remarkable journey into the visceral heart of the female experience in Georgian Britain ... [Dunmore is] one of the bravest and most versatile writers of her generation ... This fine, fiery novel will surely be remembered as one of her best." -- Melissa Katsoulis * The Times *
"Like many of Dunmore's novels, Birdcage Walk defies categorisation ... a blend of beauty and horror evoked with such breath-taking poetry that it haunts me still ... she has an extraordinary gift for taking the ordinary and familiar and rendering them new. When Tredevant's growing unpredictability once more tightens the narrative, forcing the story back into the ominous and unsettling territory where it first began, it is easy to see why [Dunmore] has earned a place among the finest writers of historical fiction working today." * Guardian *
"Helen Dunmore's quietly brilliant historical novels are among the best fiction of our time." -- Jake Kerridge * Daily Telegraph *
"A finely wrought psychological thriller ... But it's ultimately a novel about the ways in which we remember and, as such, a fitting contribution to Dunmore's extraordinary legacy." * Daily Mail *
Helen Dunmore, born 12 December 1952, was an award-winning novelist, children's author and poet who will be remembered for the depth and breadth of her fiction. Rich and intricate, yet narrated with a deceptive simplicity that made all of her work accessible and heartfelt, her writing stood out for the fluidity and lyricism of her prose, and her extraordinary ability to capture the presence of the past. Her first novel, Zennor in Darkness, explored the events which led D. H. Lawrence to be expelled from Cornwall on suspicion of spying, and won the McKitterick Prize. Her third novel, A Spell of Winter, won the inaugural Orange Prize for Fiction in 1996, and she went on to become a Sunday Times bestseller with The Siege, which was described by Antony Beevor as a 'world-class novel' and was shortlisted for the Whitbread Novel of the Year and the Orange Prize. Published in 2010, her eleventh novel, The Betrayal, was longlisted for the Man Booker Prize and shortlisted for the Orwell Prize and the Commonwealth Writers Prize, and The Lie in 2014 was shortlisted for the Walter Scott Prize for Historical Fiction and the 2015 RSL Ondaatje Prize. Her final novel, Birdcage Walk, deals with legacy and recognition - what writers, especially women writers, can expect to leave behind them - and was described by the Observer as 'the finest novel Helen Dunmore has written'. Helen was known to be an inspirational and generous author, championing emerging voices and other established authors. She also gave a large amount of her time to supporting literature, independent bookshops all over the UK, and arts organisations across the world. She died in June 2017.
GOR008185090
9780091959401
0091959403
Birdcage Walk by Helen Dunmore
Helen Dunmore
Used - Very Good
Hardback
Cornerstone
2017-03-02
416
N/A
Book picture is for illustrative purposes only, actual binding, cover or edition may vary.
This is a used book - there is no escaping the fact it has been read by someone else and it will show signs of wear and previous use. Overall we expect it to be in very good condition, but if you are not entirely satisfied please get in touch with us
Trustpilot