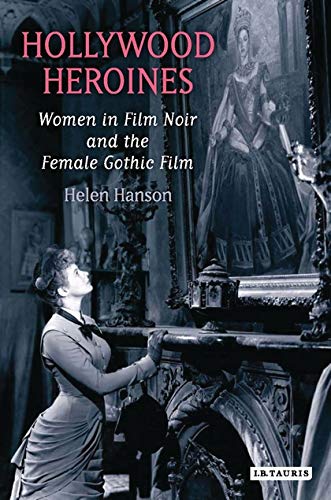 Used Price
$37.99
inc. GST
Free Shipping in Australia
The endangered and dangerous female figures of "Rebecca", of "Jagged Edge" and "What Lies Beneath" have a deserved and endures fascination. This work re-examines these gothic heroines of Hollywood and their meanings, in two of Hollywood's key generic cycles, film noir and the female gothic film. It also traces their revival in neo-gothic films.
Very Good

The endangered and dangerous female figures of "Rebecca", of "Jagged Edge" and "What Lies Beneath" have a deserved and endures fascination. Helen Hanson re-examines these gothic heroines of Hollywood and their meanings, in two of Hollywood's key generic cycles, film noir and the female gothic film. Starting at the beginning, with the origin of these cycles and the ways in which they represented women in the American film industry and culture of the 1940s, she traces their revival in neo-noir and neo-gothic films from the 1980s to the present. She also places the female figures of the femme fatale, female investigator and gothic heroine within the shifting contexts of the film industry and debates in feminist film criticism. Hanson examines a wide range of films from both periods, including 'Suspicion', 'Gaslight' and 'Pacific Heights', and gives particular attention to their presentation of female stories, actions and perspectives. She reveals a diversity of female figures, representations and actions in film noir and the female gothic film, and argues that these women are part of a negotiation of female identities, desires and roles across a long historical period. "Hollywood Heroines" therefore offers us new ways of thinking about classic and contemporary Hollywood heroines, and about the interrelationships of gender and genre.

""Hanson gives us close readings that illuminate how the gothic heroine's identity and agency are directly linked to those of the predecessor who haunts her."" -- Max Fincher, Times Literary Supplement, 20 February 2009

Helen Hanson is Lecturer in Film in the School of English, University of Exeter.

GOR007006782
Hollywood Heroines: Women in Film Noir and the Female Gothic Film by Helen Hanson
Helen Hanson
Used - Very Good
Paperback
Bloomsbury Publishing PLC
2007-10-24
256
1845115619
9781845115616
N/A
Book picture is for illustrative purposes only, actual binding, cover or edition may vary.
This is a used book - there is no escaping the fact it has been read by someone else and it will show signs of wear and previous use. Overall we expect it to be in very good condition, but if you are not entirely satisfied please get in touch with us.