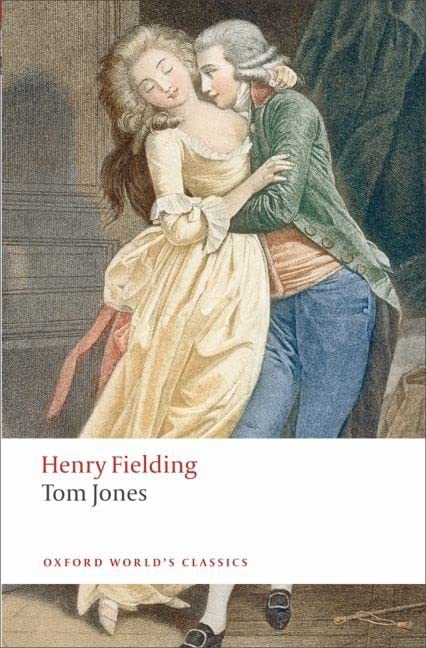 Fielding's comic masterpiece of 1749 was immediately attacked as `A motley history of bastardism, fornication, and adultery'. Indeed, his populous novel overflows with a marvellous assortment of prudes, whores, libertines, bumpkins, misanthropes, hypocrites, scoundrels, virgins, and all too fallible humanitarians. At the centre of one of the most ingenious plots in English fiction stands a hero whose actions were, in 1749, as shocking as they are funny today. Expelled from Mr Allworthy's country estate for his wild temper and sexual conquests, the good-hearted foundling Tom Jones loses his money, joins the army, and pursues his beloved across Britain to London, where he becomes a kept lover and confronts the possibility of incest. Tom Jones is rightly regarded as Fielding's greatest work, and one of the first and most influential of English novels. This carefully modernized edition is based on Fielding's emended fourth edition text and offers the most thorough notes, maps, and bibliography. The introduction uses the latest scholarship to examine how Tom Jones exemplifies the role of the novel in the emerging eighteenth-century public sphere. ABOUT THE SERIES: For over 100 years Oxford World's Classics has made available the widest range of literature from around the globe. Each affordable volume reflects Oxford's commitment to scholarship, providing the most accurate text plus a wealth of other valuable features, including expert introductions by leading authorities, helpful notes to clarify the text, up-to-date bibliographies for further study, and much more.
with each volume having an introduction by an acknowledged expert, and exhaustive notes, the World's Classics are surely the most desirable series and, all-round, the best value for money * Oxford Times *
well-produced edition. * Daily Telegraph Arts & Books section, 5 July 1997 *
John Bender is Professor of English and Comparative Literature at Stanford University. He is author of Spenser and Literary Pictorialism and Imagining the Penitentiary: Fiction and Architecture of Mind in Eighteenth-Century England, co-editor of The Ends of Rhetoric and Chronotypes: The Construction of Time, and associate editor of The Columbia History of the British Novel. Simon Stern is completing a study of literary property and professional authorship in eighteenth-century England, focusing on Henry and Sarah Fielding.
GOR003040246
9780199536993
0199536996
Tom Jones by Henry Fielding
Henry Fielding
Oxford World's Classics
Used - Very Good
Paperback
Oxford University Press
2008-08-14
976
N/A
Book picture is for illustrative purposes only, actual binding, cover or edition may vary.
This is a used book - there is no escaping the fact it has been read by someone else and it will show signs of wear and previous use. Overall we expect it to be in very good condition, but if you are not entirely satisfied please get in touch with us
Trustpilot