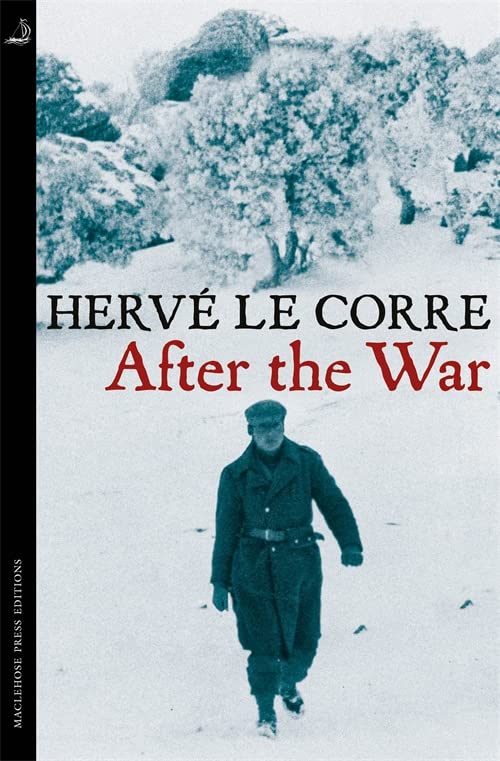 After the War
by Herve Le Corre

In Stock
$23.49
+10% GST
As soldiers set sail for the fighting in Algeria, the legacy of the Second World War persists in this gripping tale of retribution and betrayal from one of Europe's leading crime writers.
Very Good
Only 1 left

After the War Summary

After the War by Herve Le Corre

1950's Bordeaux. Even now, the Second World War is never far from people's memories, particularly in a city where the scars of collaboration and resistance are more keenly felt than ever. But another war has already begun. A war without a name, far away across the sea, in Algeria, where young men are sent to fight in a brutal conflict.

Daniel knows what awaits him. He's heard stories. Patrols, ambushes, reprisals, massacres, mutilations, all beneath a burning north African sun. He has just a month left before he leaves but, haunted by the loss of his parents and sister in the atrocities of the last war, Daniel questions why he is even going to fight in the first place.

Meanwhile, past crimes are returning to haunt Albert Darlac, the godfather of Bordeaux: corrupt police chief, fascist sympathiser and one-time collaborator. Before long, a series of explosive events will set off a spiral of violence that will bring the horrific legacy of wars past and present to the streets of Bordeaux.

Translated from the French by Sam Taylor

After the War Reviews

The writing of Herve Le Corre has a musicality that verges on the poetic. He is the perfect portraitist -- Macha Sery * Le Monde *
Composed with all the skill of a virtuoso, mingling the colourful slang of bistros and bad guys with sensitive, sharp, crystalline prose that pierces you to the core. Superb -- Michel Abescat * Telerama *
A full-blooded, uncompromising crime novel ... Extraordinary -- Eric Libiot * Express *
A novel of relentless darkness, stirred up by flamboyant villains, with shootings, ambushes and verbal sparing flowing from a masterly pen -- Julie Malaure * Le Point *
Brilliant * Sun *

Herve Le Corre was born in Paris and currently teaches in the suburbs of Bordeaux, France. He is the author of several crime fiction novels, including Talking to Ghosts (2014). He also writes for the literary magazine Le Passant Ordinaire.

GOR008813436
After the War by Herve Le Corre
Herve Le Corre
MacLehose Press Editions
Used - Very Good
Paperback
Quercus Publishing
2017-06-27
512
0857053892
9780857053893
N/A
Book picture is for illustrative purposes only, actual binding, cover or edition may vary.
This is a used book - there is no escaping the fact it has been read by someone else and it will show signs of wear and previous use. Overall we expect it to be in very good condition, but if you are not entirely satisfied please get in touch with us.