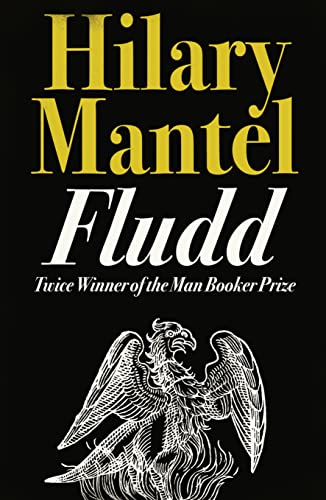 From the double Man Booker prize-winning author of Wolf Hall, Bring Up the Bodies and The Mirror & the Light , this is a dark fable of lost faith and awakening love amidst the moors.

From the double Man Booker prize-winning author of Wolf Hall, Bring Up the Bodies and The Mirror & the Light , this is a dark fable of lost faith and awakening love amidst the moors.

Fetherhoughton is a drab, dreary town somewhere in a magical, half-real 1950s north England, a preserve of ignorance and superstition protected against the advance of reason by its impenetrable moor-fogs. Father Angwin, the town's cynical priest, has lost his faith, and wants nothing more than to be left alone. Sister Philomena strains against the monotony of convent life and the pettiness of her fellow nuns. The rest of the town goes about their lives in a haze, a never-ending procession of grim, grey days stretching ahead of them.

Yet all of that is about to change. A strange visitor appears one stormy night, bringing with him the hint, the taste of something entirely new, something unknown. But who is Fludd? An angel come to shake the Fetherhoughtonians from their stupor, to reawaken Father Angwin's faith, to show Philomena the nature of love? Or is he the devil himself, a shadowy wanderer of the darkest places in the human heart?

Full of dry wit, compassionate characterisations and cutting insight, Fludd is a brilliant gem of a book, and one of Hilary Mantel's most original works.

'"Fludd" is a funny, exquisitely written story of priests and nuns in fifties England, but it is also a questioning, intellectual book that applies a profound thoughtfulness to various abtruse areas of religious (or supernatural) belief ... A faultless comic masterpiece.' Literary Review

'Good morality tales are unusual; but rarer still are books that genuinely make you laugh out loud.' Spectator

'Hilary Mantel brings together the miraculous and mundane, the dreadful and the ridiculous in a novel of imagination and skill.' Financial Times

'In "Fludd", Mantel draws on her own imagination, inventing a dark universe which works to laws of her own making. The effect is dazzling, and establishes her in the front ranks of novelists writing in English today.' Guardian

GOR001657287
Fludd by Hilary Mantel
Hilary Mantel
Used - Very Good
Paperback
HarperCollins Publishers
2005-04-18
208
0007172893
9780007172894
N/A
Book picture is for illustrative purposes only, actual binding, cover or edition may vary.
This is a used book - there is no escaping the fact it has been read by someone else and it will show signs of wear and previous use. Overall we expect it to be in very good condition, but if you are not entirely satisfied please get in touch with us.