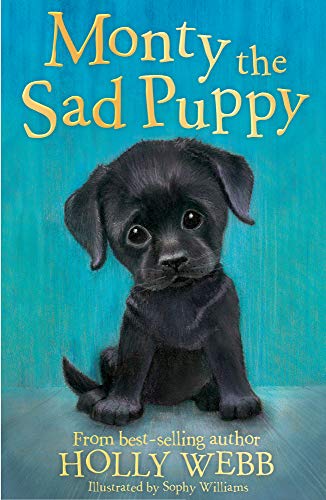 Used Price
$13.49
inc. GST
Free Shipping in Australia
Amelie's puppy, Monty, has only been with them for a few months when her family offer to take in her grandad's beloved old dachshund. Amelie promises Grandad they will look after Daisy brilliantly. But when she arrives, she is obviously unhappy and scared. Meanwhile, Monty doesn't understand why Amelie is making such a fuss over the new arrival...
Reviews:
Trustpilot
Very Good Good

Amelie has always loved dogs, but she never dreamed that she'd end up with two of them! Their puppy, Monty, has only been with them for a few months when her family offer to take in her grandad's beloved Daisy as he has to go into a care home. Amelie promises Grandad they will look after the old dachshund brilliantly. But when Daisy arrives, she is obviously unhappy and scared. Meanwhile, Monty doesn't understand why there is another dog in his house. And with Amelie making such a fuss over the new arrival, he soon starts to feel very unwanted. Doesn't Amelie care about him any more?
A brand new tale in the Animal Stories series from best-selling author Holly Webb. Monty The Sad Puppy is the 35th book in Holly Webb's Animal Stories series, a must for animal loving girls aged around six to eight years.

Holly Webb is one of Britain's best-loved children's writers. She has written over a hundred books for children and her work has been translated into over thirty languages. Holly lives in Tilehurst, just outside of Reading, Berkshire, with her husband, three children and several cats. Visit www.holly-webb.com or @HollyKateWebb. Award-winning illustrator Sophy Williams has been illustrating children's books for over 25 years. She has illustrated the work of many prestigious authors, including Philip Pullman, Geraldine McCaughrean and Adele Geras. Sophy lives in Bradford-on-Avon, Wiltshire. Visit sophywilliamsillustrator.com

GOR008136870
Monty the Sad Puppy by Holly Webb
Holly Webb
Holly Webb Animal Stories
Used - Very Good
Paperback
Little Tiger Press Group
2017-01-12
128
1847157734
9781847157737
N/A
Book picture is for illustrative purposes only, actual binding, cover or edition may vary.
This is a used book - there is no escaping the fact it has been read by someone else and it will show signs of wear and previous use. Overall we expect it to be in very good condition, but if you are not entirely satisfied please get in touch with us.