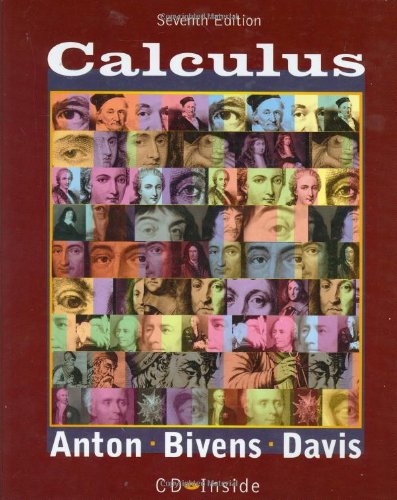 In Stock
$20.99
+10% GST
This seventh edition of "Calculus" includes 35 per cent new and revised exercises, and pairing of even and odd exercises. There are more exploratory and open eneded quesitons; more problems using tabular data and more emphasis on graphing calculators in exercises and examples.
Very Good Good
Only 2 left

GOR002007513
Calculus: A New Horizon by Howard Anton
Howard Anton
Used - Very Good
Hardback
John Wiley and Sons Ltd
2001-07-12
1312
0471381578
9780471381570
N/A
Book picture is for illustrative purposes only, actual binding, cover or edition may vary.
This is a used book - there is no escaping the fact it has been read by someone else and it will show signs of wear and previous use. Overall we expect it to be in very good condition, but if you are not entirely satisfied please get in touch with us.