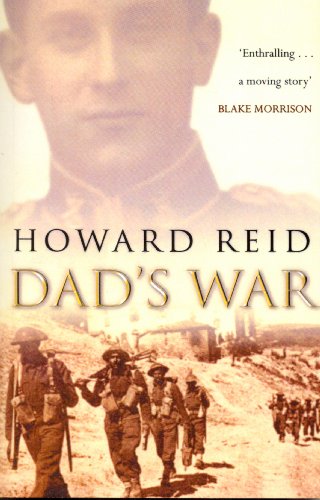 On 6 April 1943, Ian Reid, an officer in the Black Watch, was wounded and captured in Tunisia and sent off to an Italian prisoner-of-war camp. Five months later, when the Germans took over the camp as the Italians pulled out of the war, he escaped. So began a life-or-death game of hide and seek in the heart of the beautiful Italian countryside, living in barns, sleeping in ditches and desperate scavenging for food. He was recaptured - though heroically he was to escape from the Germans a total of five times. Nearly sixty years later, Howard Reid quite literally followed in his father's footsteps and made the same journey across Italy - though in a rather more relaxed fashion. Starting near Modena, he travelled to Florence and through Chianti, Siena and Orvieto to Rome and beyond, painting an intimate portrait of his extraordinary father and getting closer to the truth of his amazing escapades, which were the subject of a bestselling book in the 1950s. Along the way, as we are shown the real, modern Italy, Howard mused on father-son relationships, and the deep but invisible scars left by two world wars on each of our personal histories. This poignant and engrossing book is a must for everyone who has ever asked (or wanted, too late, to ask) the question 'What did you do in the war, Dad?'

"'Thrilling and poignant'" * Daily Mail *
"'Enthralling...a moving story'" -- Blake Morrison
"'A fascinating pilgrimage... a worthy filial tribute to a brave and good man'" -- Christopher Hibbert
"'A haunting memoir of a father, a son and the legacies of war'" -- John Nicholl, co-author of Tornado Down

Howard Reid is an award-winning film-maker, anthropologist and writer. Before completing his Ph.D. he lived for two years with hunter-gatherers in the Amazon basin, and as a film-maker he has spent several months with the Tuareg people of north Africa as well as undertaking many other assignments around the world. His previous books are In Search of the Immortals, about mummy cultures around the world, and Arthur the Dragon King, which traced the roots of the King Arthur legend back to the nomadic warrior peoples of central Asia.

GOR010111145
Dad's War by Howard Reid
Howard Reid
Used - Very Good
Paperback
Transworld Publishers Ltd
2010-03-24
288
0553825437
9780553825435
N/A
Book picture is for illustrative purposes only, actual binding, cover or edition may vary.
This is a used book - there is no escaping the fact it has been read by someone else and it will show signs of wear and previous use. Overall we expect it to be in very good condition, but if you are not entirely satisfied please get in touch with us.