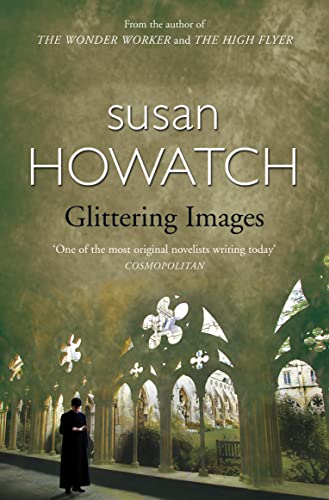 Beneath the smooth surface of an Episcopal palace lurks the salacious breath of scandal. Charles Ashworth is sent to untangle the web of self-delusion and corruption only to become embroiled in a strange menage a trois that threatens to expose the secrets of his own past...

In Glittering Images tension and drama combine in a compelling novel of people in high places, of desperate longings and the failure to resist them, of lies and evasions, of tarnished realities behind brilliant glittering images.

'Susan Howatch may well be the Anthony Trollope of the 20th century. Howatch is more than just a novelist of ideas... She is a skilled storyteller who makes the reader wonder, and care about her people.' ANDREW GREELEY, Washington Post

'Rich in human interest, sex, scandal, moral crises and a good deal of humour, it is a book to keep you hooked throughout' Sunday Times

'Susan Howatch... is writing for anyone who can recognise that mysterious gift of the true storyteller.' Daily Telegraph

'One of the most original novelists writing today' Cosmopolitan
'Howatch's outstanding gifts as storyteller are combined here with a new seriousness of theme; the result is a superior novel.' Publishers Weekly

GOR001006649
Glittering Images by Howatch
Howatch
Used - Very Good
Paperback
HarperCollins Publishers
1996-04-30
512
000649689X
9780006496892
N/A
Book picture is for illustrative purposes only, actual binding, cover or edition may vary.
This is a used book - there is no escaping the fact it has been read by someone else and it will show signs of wear and previous use. Overall we expect it to be in very good condition, but if you are not entirely satisfied please get in touch with us.