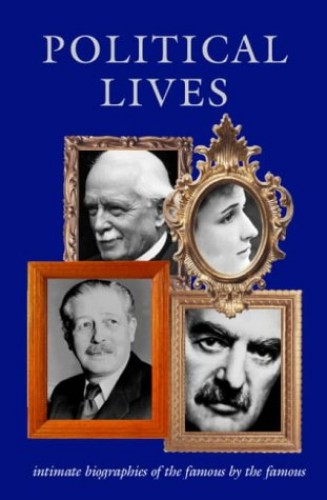 Used Price
$91.99
inc. GST
Free Shipping in Australia
This is the editor's personal selection of various mini-biographies, (taken from the "Dictionary of National Biography",) of some important figures in 20th-century British political life. The articles have been written by men and women well known in the political field themselves.
Very Good

This is a personal selection by editor Hugo Young of mini-biographies taken from the "Dictionary of National Biography" of some of the most important figures in British political life in the 20th century. The selection has been based not only on the subject of the biography but also on the biographer, as Hugo Young explains in his introduction. Approximately 100 articles have been chosen, each written by men and women well known in the political field in their own right. They include noted civil servants as well as MPs, members of the House of Lords, and local politicians. Notable examples of some of the entries include: Edward Heath on William Armstrong, Maurice Shock on Clement Attlee, J. Enoch Powell on Nigel Birch, Ian Gilmour on R.A. Butler, Thomas Jones on Bonar Law, Roy Jenkins on Richard Crosland, Michael Foot on Jennie Lee, Jonathan Aitken on Selwyn Lloyd, Richard Griffiths on Oswald Mosley, John Cole on George Woodcock and Harold Macmillan on John Wyndham.

GOR004537354
Political Lives by Hugo Young
Hugo Young
Used - Very Good
Hardback
Oxford University Press
2001-12-01
608
0198604300
9780198604303
N/A
Book picture is for illustrative purposes only, actual binding, cover or edition may vary.
This is a used book - there is no escaping the fact it has been read by someone else and it will show signs of wear and previous use. Overall we expect it to be in very good condition, but if you are not entirely satisfied please get in touch with us.