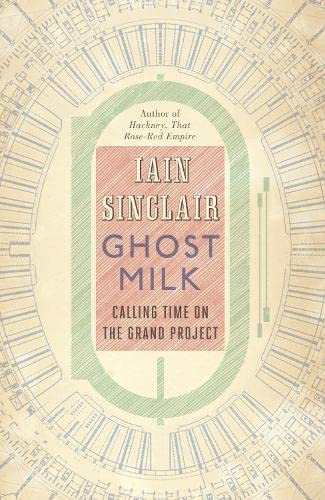 In Stock
$11.99
+10% GST
Presents the stories of police raids and mass expulsions that jostle with accounts of failed grand projects: the Millennium Dome, Thames Gateway, and many other half-completed, ill-advised or abandoned structures.
Very Good
Only 3 left

Beginning in his east London home many years before it will be invaded by the Olympian machinery of global capitalism, Sinclair strikes out near and far in search of the forgotten and erased. He travels from the mouth of the Thames to Oxford, crosses Morecambe Bay in the footsteps of drowned Chinese cockle pickers, and visits an Athenian, post-Olympics landscape of vast and deserted stadia.

It is a story of incident and accident, of the curious meeting the bizarre. Sinclair writes of being a labourer in Stratford, of Orwellian steps to ban a book launch in a library, of the fundamentalist visions of J.G. Ballard. Stories of police raids and mass expulsions jostle with accounts of failed grand projects: the Millennium Dome, Thames Gateway, and numerous other half-completed, ill-advised or abandoned structures.

Burrowing under the perimeter fence of the grandest of Grand Projects - the giant myth that is 2012's London Olympics - Ghost Milk is a road map to a possible future as well as Iain Sinclair's most powerful statement yet on the throwaway impermanence of the present.

Ghost Milk reads like a meld of poet Allen Ginsberg, comic books writer Alan Moore and an anarchists' message board . . . There is no doubt that Sinclair is original, observant, a wonderful phrase maker * Evening Standard *
A wise, irascible sentinel: a guardian seeking to protect London's true soul from profiteering interventions by redevelopers and "regenerators" . . . Uncomfortable, sharp and amusing . . . Grippingly atmospheric . . . Fascinating . . . One of our most dazzling prose stylists * Daily Telegraph *
Dazzling prose . . . his language is always heightened . . . Sinclair's explorations by foot are highly engaging and anything but pedestrian * Sunday Telegraph *
A scorching 400-page diatribe against this and other "grand projects" . . . [Sinclair is] a crazily knowledgeable local historian with a shaman's grasp of strange energies, unseen ley lines, urban esoterica * Independent Magazine *

GOR003244895
Ghost Milk: Calling Time on the Grand Project by Iain Sinclair
Iain Sinclair
Used - Very Good
Hardback
Penguin Books Ltd
2011-07-07
432
0241144353
9780241144350
N/A
Book picture is for illustrative purposes only, actual binding, cover or edition may vary.
This is a used book - there is no escaping the fact it has been read by someone else and it will show signs of wear and previous use. Overall we expect it to be in very good condition, but if you are not entirely satisfied please get in touch with us.