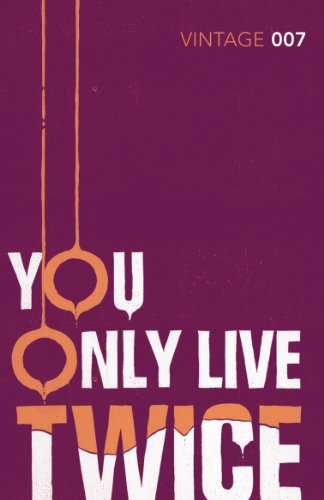 You Only Live Twice
by Ian Fleming

Used Price
$18.49
inc. GST
Free Shipping in Australia
`You only live twice:Once when you are bornAnd once when you look death in the face'Doctor Guntram Shatterhand's Garden of Death is a magnet for suicides from all over Japan. James Bond - grief-stricken and erratic - must kill him to save his career in the Service.
Reviews:
Trustpilot
Very Good Good

You Only Live Twice Summary

You Only Live Twice by Ian Fleming

`You only live twice: Once when you are born And once when you look death in the face' Doctor Guntram Shatterhand's Garden of Death is a magnet for suicides from all over Japan. James Bond - grief-stricken and erratic - must kill him to save his career in the Service. But as Shatterhand's true identity is revealed, Bond is forced to confront his past, in Ian Fleming's twelfth 007 adventure.

Customer Reviews - You Only Live Twice

You Only Live Twice Reviews

"A sensational imagination" * Sunday Times *
"Instructive and entertaining" -- Cyril Connolly
"Fleming lets himself completely off the leash...Bonkers, and kind of inspired" * Telegraph *

GOR005289183
You Only Live Twice by Ian Fleming
Ian Fleming
James Bond 007
Used - Very Good
Paperback
Vintage Publishing
2012-09-03
320
0099576988
9780099576983
N/A
Book picture is for illustrative purposes only, actual binding, cover or edition may vary.
This is a used book - there is no escaping the fact it has been read by someone else and it will show signs of wear and previous use. Overall we expect it to be in very good condition, but if you are not entirely satisfied please get in touch with us.