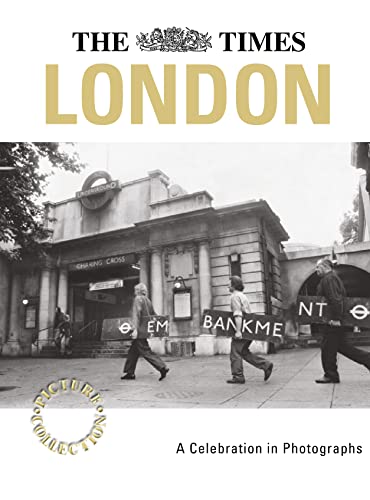 Long gone are the days when being a Londoner meant being born within the sound of Bow Bells. London as a city, a place in which to live and work, has attracted peple from all over the country and all over the world, giving it possibly the most ethnically diverse population of any city worldwide.

Architecturally, London has undergone two catastrophic changes that have changed its skyline forever. One was the Great Fire of London, which gave the city the basic shape that it had at the beginning of the 20th century; the other was the Blitz - photographs from before and after the war show an enormous amount of change. Forty years later came the less traumatic but almost as widescale changes wrought by the Thatcherite spending spree in the City and Docklands during the 1980s, and the picture of London towards the end of the 20th century was one of accelerating change.

Accompanied by Ian Harrison's insightful text, the photographs include such immediately recognisable London icons as the black cab, the routemaster bus and the Underground map; 20th-century landmarks featured include Battersea Power Station, Canary Wharf, and the London Eye; images of key London events throughout the century portray, for example, Coronations, Royal Weddings, the funeral of Diana, and the Millennium party. Ordinary Londoners are pictured at work and at play, while the multicultural nature of London is evidenced in the street markets, the rough sleepers, the commuters, and the population eating and drinking in the bars and cafes - the sum, a fascinating portrait of London in all its glory.

GOR001979879
The Times Picture Collection: London by Ian Harrison
Ian Harrison
Used - Very Good
Hardback
HarperCollins Publishers
2001-10-01
216
0007130570
9780007130573
N/A
Book picture is for illustrative purposes only, actual binding, cover or edition may vary.
This is a used book - there is no escaping the fact it has been read by someone else and it will show signs of wear and previous use. Overall we expect it to be in very good condition, but if you are not entirely satisfied please get in touch with us
Trustpilot