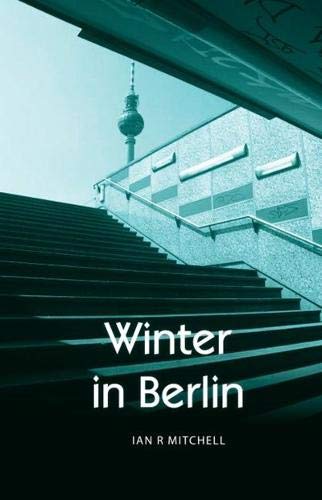 Used Price
$15.99
inc. GST
Free Shipping in Australia
Set in the East Germany of 1982, Winter in Berlin tells the story of a mysterious Scottish historian who has come to East Berlin to make a study of the historiographical treatment of Bismarck by East German scholars.
Like New Very Good Good

At home, incipient spring had been in evidence. Late January was mild and in London the trees showed buds. But after he began to travel East, it became colder. By the time the Elbe was crossed, the ground was fast with snow in all directions, and the river moved under grinding floes of ice. As the train stopped, the cook announced with an ironic smile he would grow used to, that Mitroba smile, 'Berlin Haupstadt der DDR. Wilkommen!'.

Two decades after the Wall tumbled down, Winter in Berlin evokes everyday life in the shadowy world of the Soviet-controlled German Democratic Republic. Throughout this atmospheric novella 'the scholar' remains anonymous. Who is he and what is his motivation for being in the GDR, a police state where freedom means something different to everyone and trust is the scarcest commodity?

Fearing that intimacy may be no more than a trap, he nevertheless slides into a relationship with a young Bulgarian woman. Behind the Wall many eyes are watching, but can he see himself clearly any more? Forced to interrogate the usefulness of his own idealism, the scholar finally comes up against the walls that limit an individual's influence on history.

What is intriguing about this about [Winter in Berlin] is its depiction of a period of history which, even for some of us of an older generation, is largely forgotten. - ANDREW DRUMMOND, novelist

Originally from Aberdeen, Ian Mitchell has lived in Glasgow for the past thirty years. Winner of the Boardman Tasker Prize for Mountain Literature for A View from the Ridge, historian Ian R. Mitchell gave up teaching to write full time. Ian's background in historical research, coupled with indepth personal experience of East Berlin in the 1980s, allows him to create an authentic historical novel. His previous exercise in historical fiction, Mountain Outlaw, was described by the renowned historian E J Hobsbawm as 'fascinating...a fine piece of work...more support for my ideas on social banditry.'