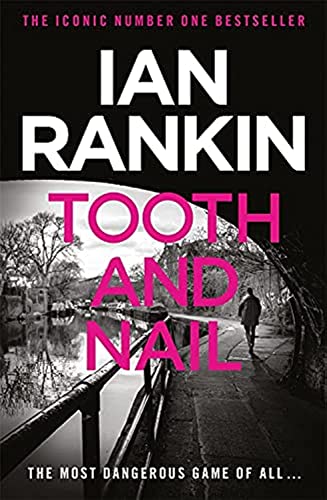 Tooth And Nail
by Ian Rankin

Tooth And Nail by Ian Rankin

They call him the Wolfman - because he takes a bite out of his victims and because they found the first victim in the East End's lonely Wolf Street. Scotland Yard are anxious to find the killer and Inspector Rebus is drafted in to help. But his Scotland Yard opposite number, George Flight, isn't happy at yet more interference, and Rebus finds himself dealing with racial prejudice as well as the predations of a violent maniac.

When Rebus is offered a serial killer profile of the Wolfman by an attractive female psychologist, it's too good an opportunity to miss. But in finding an ally, he may have given his enemies an easy means of attack.

GOR001001190
Tooth And Nail by Ian Rankin
Ian Rankin
A Rebus Novel
Used - Very Good
Paperback
Orion Publishing Co
2008-08-07
304
0752883550
9780752883557
N/A
Book picture is for illustrative purposes only, actual binding, cover or edition may vary.
This is a used book - there is no escaping the fact it has been read by someone else and it will show signs of wear and previous use. Overall we expect it to be in very good condition, but if you are not entirely satisfied please get in touch with us.