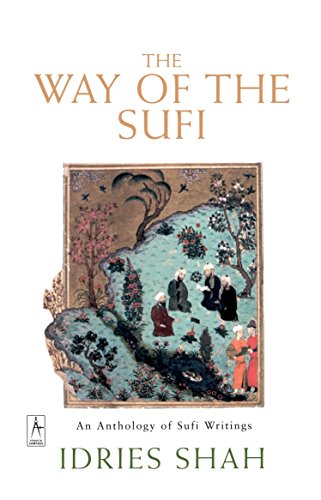 The Way of the Sufi
by Idries Shah

In Stock
$14.49
+10% GST
A selection of excerpts from Sufi masters clarifying the philosophy of Sufism.
Very Good Good
Only 3 left

The Way of the Sufi Summary

The Way of the Sufi by Idries Shah

In this wide-ranging anthology of Sufi writings, Idries Shah, who was one of Sufism's leading exponents, offers a broad selection of poetry, contemplations, letters, lectures, and teaching stories that together form an illuminating introduction to this unique body of thought.

Sufism, the mystical aspect of Islam, has had a dynamic and lasting effect on the literature of that religion. Its teachings, often elusive and subtle, aim at the perfecting and completing of the human mind. In contrast to certain other beliefs and philosophies, Sufism is continually evolving and progressing and is consequently always relevant to the contemporary world.

Idries Shah was an author and teacher in the Sufi tradition who wrote dozens of books on topics ranging from psychology to spiritualilty to travelogues to other anthropological studies. In his writings, Shah presented Sufism as a universal form of wisdom that predated Islam. Shah is known for The Sufis, The Commanding Self, The Subleties of the Inimitable Mulla Nasrudin, The Exploits of the Incomparable Mulla Nasrudin, Thinkers of the East, and Learning How to Learn.

The study of Sufism; the West; classical authors; four major orders; among the masters; teaching-stones; themes for solitary contemplation; group recitals; letters and lectures; questions and answers on Sufism.

GOR001432893
The Way of the Sufi by Idries Shah
Idries Shah
Arkana S.
Used - Very Good
Paperback
Penguin Books Ltd
1991-04-25
320
0140192522
9780140192520
N/A
Book picture is for illustrative purposes only, actual binding, cover or edition may vary.
This is a used book - there is no escaping the fact it has been read by someone else and it will show signs of wear and previous use. Overall we expect it to be in very good condition, but if you are not entirely satisfied please get in touch with us.