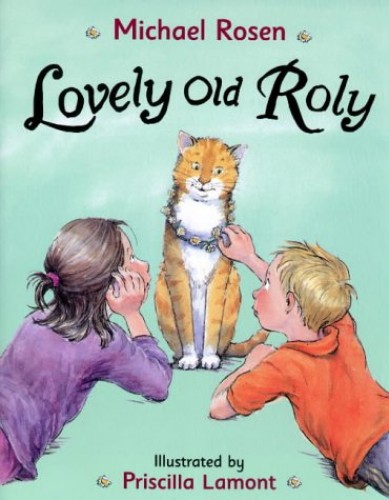 In Stock
$14.49
+10% GST
When Roly the family cat dies of old age, everyone misses him. They can't bear to think of having another pet. Then a stray cat appears and gradually finds a place in the household.
Very Good Well Read
Only 1 left

Old Roly, the cat, is tired - he sleeps all day. Mum and Dad and the kids all know he can't live much longer, but what happens when he dies? Award-winning children's writer and poet Michael Rosen deals sensitively with the loss of a much-loved family pet. Roly dies and is buried, and the children miss him; then a new stray cat appears in search of a home, and gradually finds her place in the household. The new cat, named Sausage, is around nearly all the time - but Roly is still there in their hearts, and the children know he will always be with them. A truly touching, and often humorous story from one of Britain's leading children's writers.

Michael Rosen deals sensitively with the concepts of death and bereavement.

About Illustrated by Priscilla Lamont

Michael Rosen is an enormously successful and popular writer, poet, scriptwriter, performer and broadcaster. Winner of the Smarties Award, the Other Award and the Signal Poets Award, he has written more than a hundred children's titles. In 1997 he won the Eleanor Farjeon Award for his outstanding contribution to children's literature, and in 2007 he became the Children's Laureate.

Priscilla Lamont studied graphic design at Canterbury College of Art. A full-time artist, she is a portrait painter as well as a successful children's book illustrator, Her books include Baby Rhyme Time (ISBN 9781845077143), Lovely Old Roly (ISBN 9780711214897) with Michael Rosen, The Hurricane Tree with Libby Purves and Little Bo Beep on the Nursery Rhyme Crimes series. She lives near Canterbury, Kent.

GOR003597626
Lovely Old Roly by Illustrated by Priscilla Lamont
Illustrated by Priscilla Lamont
Used - Very Good
Paperback
Frances Lincoln Publishers Ltd
2003-02-01
32
0711214891
9780711214897
N/A
Book picture is for illustrative purposes only, actual binding, cover or edition may vary.
This is a used book - there is no escaping the fact it has been read by someone else and it will show signs of wear and previous use. Overall we expect it to be in very good condition, but if you are not entirely satisfied please get in touch with us.