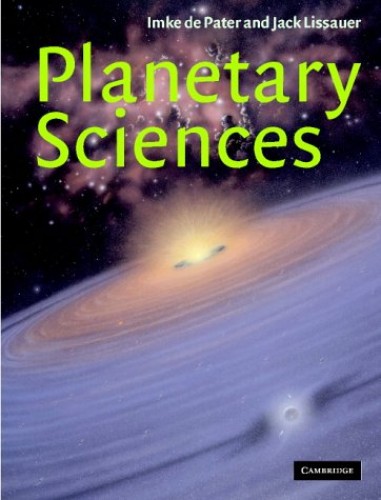 In Stock
$67.99
inc. GST
A comprehensive coverage of this fascinating and expanding field at a level appropriate for graduate students and researchers. Examines the wide variety of physical, chemical and geological processes that govern the motions and properties of planets.
Very Good
Only 1 left

The Space Age, with lunar missions and interplanetary probes, has revolutionized our understanding of the Solar System. Planets and large moons have become familiar worlds, with a diverse range of properties. Large numbers of asteroids, comets and small moons have now been discovered, and many of these objects studied in detail. As a result, our understanding of the process of star and planet formation is increasing all the time. Planetary Sciences presents a comprehensive coverage of this fascinating and expanding field at a level appropriate for graduate students and researchers in the physical sciences. The book explains the wide variety of physical, chemical and geological processes that govern the motions and properties of planets. Observations of the planets, moons, asteroids, comets and planetary rings in our Solar System, as well as extrasolar planets, are described, and the process of planetary formation is discussed.

GOR007006734
Planetary Sciences by Imke De Pater
Imke De Pater
Used - Very Good
Hardback
Cambridge University Press
2001-12-06
544
0521482194
9780521482196
Winner of AAS Chambliss textbook award 2008
Book picture is for illustrative purposes only, actual binding, cover or edition may vary.
This is a used book - there is no escaping the fact it has been read by someone else and it will show signs of wear and previous use. Overall we expect it to be in very good condition, but if you are not entirely satisfied please get in touch with us.