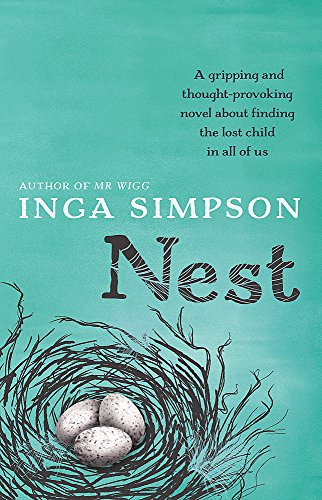 Out of Stock
$27.99
inc. GST
A gripping and thought-provoking novel about finding the lost child in all of us.
Well Read
Only 0 left

Once an artist and teacher, Jen now spends her time watching the birds around her house and tending her lush sub-tropical garden near the small town where she grew up. The only person she sees regularly is Henry, who comes after school for drawing lessons.

When a girl in Henry's class goes missing, Jen is pulled back into the depths of her own past. When she was Henry's age she lost her father and her best friend Michael - both within a week. The whole town talked about it then, and now, nearly forty years later, they're talking about it again.

Everyone is waiting - for the girl to be found and the summer rain to arrive. At last, when the answers do come, like the wet, it is in a drenching, revitalising downpour...

`beautiful and absorbing' * Sydney Morning Herald on MR WIGG *
'resonantly powerful at every bite...Just beautiful.' * Australian Women's Weekly on MR WIGG *
`Beautifully crafted and brimming with warmth.' * Who Weekly on MR WIGG *
`MR WIGG captivates to the end' * Good Reading *
That warm feeling that comes from having read something that has strengthened or even reawakened a sense of what is right and good about the world overwhelmed me on closing this book * Bookseller + Publisher on MR WIGG *
a gently told book, written in simple, evocative prose * Northern Rivers Echo (24/07/2014), Byron Shire Echo *
a story full of intrigue. * Herald Sun *
This gentle, introspective novel will delight bird lovers and possibly introduce the joys of the avian world to others.... Inga Simpson writes wondrously simple prose about the natural world * Good Reading *
The language is evocative, with vivid observations... Nest is a self possessed, thoughtful novel from Inga Simpson * Book'd Out *
Readers of Inga Simpson's charming debut novel Mr Wigg will recognise the author's keen eye and vibrant descriptions of the natural world * Australian Bookseller & Publisher *
Life affirming, restful and restorative... a complicated narrative beautifully told * Reading, Writing and Riesling *

Book of the month
Nest is a thoroughly enjoyable, uplifting read from one of the most creative nature writers of our time.

* MiNDFOOD *
That Inga Simpson can sustain the reader with pages of observations of birdlife is a testament to her talent as a nature writer. * Canberra Times, Sydney Morning Herald, Saturday Age *

* Sydney morning herald *
a testament to her talent as a nature writer * The Saturday Age *
entrancing * Adelaide Advertiser *
Simpson has acute powers of observation and an ability to capture nature on the page... Simpson is an accomplished writer and excels, not only at natural descriptions, but at action and dialogue... a gently persuasive novel that leaves you richer for having seen with the eyes of a naturalist * Australian Book Review *
an absorbing book and Inga Simpson draws her readers into Jen's wild world. * South Coast Register *

Inga Simpson began her career as a professional writer for government before gaining a PhD in creative writing. In 2011, she took part in the Queensland Writers Centre Manuscript Development Program and, as a result, Hachette Australia published her first novel, MR WIGG, in 2013. NEST, Inga's second novel, was published in 2014, before being longlisted for the Miles Franklin Literary Award and the Stella Prize, and shortlisted for the ALS Gold Medal. Inga's third novel, the acclaimed Where the Trees Were, was published in 2016. Inga won the final Eric Rolls Prize for her nature writing and recently completed a second PhD, exploring the history of Australian nature writers. Inga's memoir about her love of Australian nature and life with trees, UNDERSTORY, will be published in June 2017.

GOR010402278
Nest by Inga Simpson
Inga Simpson
Used - Well Read
Paperback
Hachette Australia
2014-07-29
304
0733632343
9780733632341
Long-listed for Miles Franklin Literary Award 2015
Book picture is for illustrative purposes only, actual binding, cover or edition may vary.
This is a used book. We do our best to provide good quality books for you to read, but there is no escaping the fact that it has been owned and read by someone else previously. Therefore it will show signs of wear and may be an ex library book.