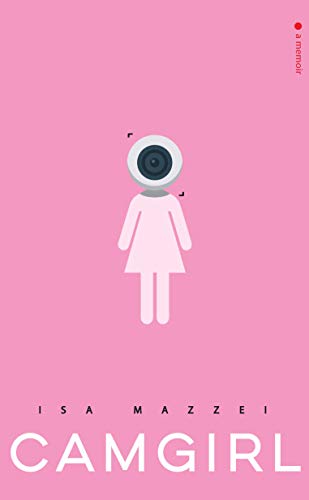 From the "former sex worker taking Hollywood by storm" (The Daily Beast), comes a candid and hilarious memoir of sex work, shame, and self-discovery set in the colorful world of live-streaming camgirls.

From the "former sex worker taking Hollywood by storm" (The Daily Beast), comes a candid and hilarious memoir of sex work, shame, and self-discovery set in the colorful world of live-streaming camgirls.

At twenty-three, Isa Mazzei was just like any other college graduate: broke, lacking purpose, and searching for an identity. She was also a compulsive seductress with a reputation as a slut and heartbreaker. One day, while working a low-paying retail job, she had a revelation: why not embrace her salacious image and make some money off of it?

"Should be required reading... A refreshing read about taboo topics ensconced within breezy honesty, self-awareness, and whip-smart humor."
-Marie Claire

"Mazzei presents a candid book that reveals a lot about sex workers and the consumers who indulge in these exchanges, exposing the complex emotions experienced on both sides of a scene."
-Booklist (starred review)

"An addictive page-turner that will pull you by the heartstrings."
-Subvrt Magazine

"A spectacularly gripping memoir about a former cam girl's journey to regain control over her body, sexuality, life and identity through sex work."
-Shelf Awareness
Isa Mazzei (@isaiswrong) is a writer, producer, and former sex worker based in Los Angeles. Named as one of Filmmaker Magazine's "25 New Faces of Film 2018" and Paper Magazine's "People Taking over 2019", Isa has also been featured in GQ, Nylon, Esquire, Playboy, OUT Magazine, and Vice. Isa graduated from UC Berkeley with a degree in comparative literature, and went on to write and produce Blumhouse's CAM, now on Netflix.
NGR9781644280355
9781644280355
1644280353
Camgirl by Isa Mazzei
Isa Mazzei
New
Hardback
Rare Bird Books
2019-11-28
288
N/A
Book picture is for illustrative purposes only, actual binding, cover or edition may vary.
This is a new book - be the first to read this copy. With untouched pages and a perfect binding, your brand new copy is ready to be opened for the first time
Trustpilot