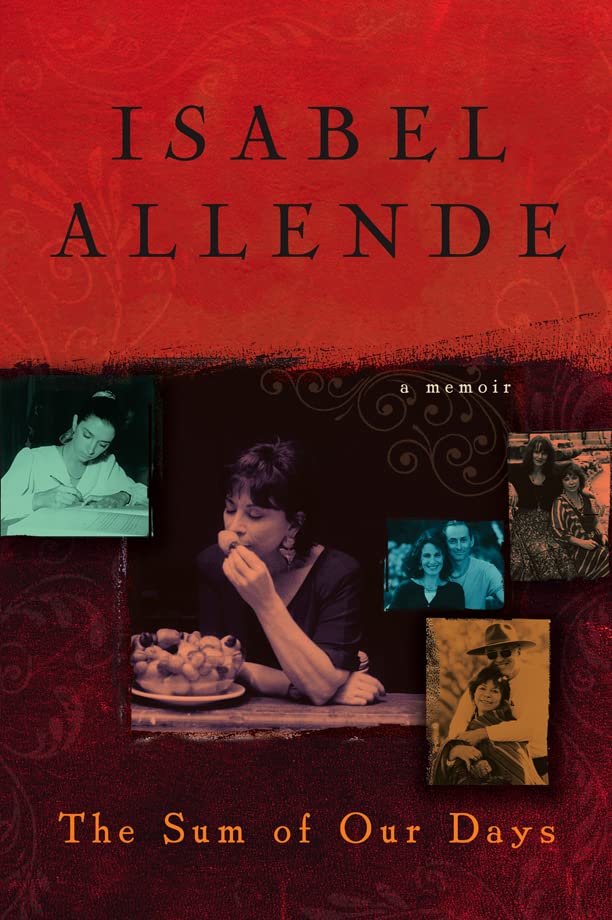 The Sum of Our Days
by Isabel Allende

The Sum of Our Days Summary

The Sum of Our Days by Isabel Allende

Isabel Allende has sold more than 50 million copies of her books worldwide. The most beloved and successful of her books, 'The House of the Spirits', was based on her Chilean childhood, and other autobiographical works include the deeply moving 'Paula' - a family history written at the bedside of her daughter while she lay in a coma - and the fascinating My Invented Country, which explored the events of her native Chile where she lived until Pinochet's military coup. Now, in 'The Sum of the Days', we have Isabel describe in an exceptionally vivid, human and deeply personal way her life in California where she has lived for more than 25 years.

The first page picks up from where Paula ends - her daughter never did wake up from her coma and died in 1992 - when Allende recounts spreading Paula's ashes in her favourite part of the woods by their home. It is fair to say that Isabel has never recovered from losing her daughter but has managed to survive by keeping her husband, son, grandchildren as well as close friends - kindred spirits - central to her life. The book is particularly illuminating and revealing about her working life - she must begin every new book she writes on January 8th or else abandon it for a year. 'The Sum of the Days', based on Allende's own journals and daily correspondence with her mother in Chile, reveals the author to be a dazzling, generous, warm and hysterically funny matriarch within her swirl of family and friends.

Customer Reviews - The Sum of Our Days

The Sum of Our Days Reviews

'This is a tender, moving and vivid record of a mother's agony at the bedside of her daughter. "Paula" begins as a long letter as a way of giving her back the life that is ebbing away...the result is a mesmerizing story. In flawlessly rich prose Allende shares with us her most intimate feelings...an emotionally charged, spellbinding memoir.' Washington Post

'Allende brings the natural storytelling power so evident in her novels to this courageous testament. She shares her personal tragedy with a warmth and passion that make "Paula" exceptional.' Sunday Express

Isabel Allende was born in 1942, and is the niece of Salvador Allende, who went on to become famous as the elected President of Chile deposed in a CIA-backed coup. Her first novel for adults, 'The House of the Spirits', was published in Spanish in 1982, beginning life as a letter to her dying grandfather. It was an international sensation, and ever since all her books have been acclaimed and adored in numberless translations worldwide.

GOR000929817
The Sum of Our Days by Isabel Allende
Isabel Allende
Used - Very Good
Paperback
HarperCollins Publishers
2008-04-01
320
0007269501
9780007269501
N/A
Book picture is for illustrative purposes only, actual binding, cover or edition may vary.
This is a used book - there is no escaping the fact it has been read by someone else and it will show signs of wear and previous use. Overall we expect it to be in very good condition, but if you are not entirely satisfied please get in touch with us.