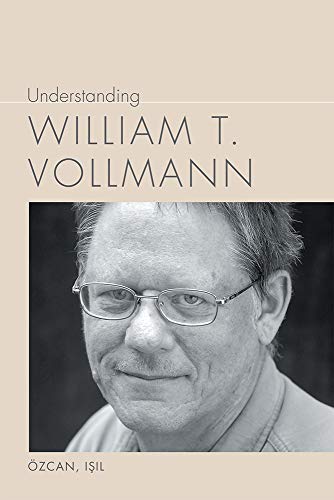 Examines the common threads that interlace William Vollmann's corpus and grapples with the depth and complexity of his massive output. In her readings of Vollmann's works, Isil Izcan identifies a rich but accessible Set of themes that he explores afresh in each text, including death, war, violence, suffering, and love.

In Understanding William T. Vollman, Isil OEzcan studies the maturing career of one of the most important voices in contemporary letters. Vollmann's major works of fiction and nonfiction include his National Book Award winner, Europe Central; his highly acclaimed Seven Dreams novels; and his magnum opus, Rising Up and Rising Down: Some Thoughts on Violence, Urgent Means, and Justifications. OEzcan examines the common threads that interlace Vollmann's corpus and grapples with the depth and Complexity of his massive output. In her readings of Vollmann's works, she identifies a rich but accessible Set of themes that he explores afresh in each text, including death, war, violence, suffering, and love.

Vollmann has written in many genres, and his writing is informed by his extensive research and travels around the world, his familiarity with red-light zones, and his war correspondence. The highly Subjective and participative nature of much his writing has foregrounded his personality to such an Extent that he became simultaneously a cult figure and a notorious adventurer. In her readings OEzcan contends that Vollmann compels our attention because he registers a diversity of voices and discourses that makes us hear what the subjugated, the unrecognized, the weak, and the marginalized have to say; the scope and the force of Vollmann's openness to the Other is inseparable from his method and conduct.

In addition to close readings of Vollmann's texts, OEzcan also examines his influences and literary connections, tracing his ties to John Steinbeck, Ernest Hemingway, James Agee, and Danilo Kis and situating him not only in the American canon but also in the longer duration of world literature.

Isil OEzcan teaches American literature at Dokuz Eylul University in Turkey. She has published on classic and contemporary American literature, the French nouveau-roman, and world cinema.
NGR9781643360294
9781643360294
1643360299
Understanding William T. Vollman by Isil Ozcan
Isil Ozcan
Understanding Contemporary American Literature
New
Hardback
University of South Carolina Press
2019-11-30
160
N/A
Book picture is for illustrative purposes only, actual binding, cover or edition may vary.
This is a new book - be the first to read this copy. With untouched pages and a perfect binding, your brand new copy is ready to be opened for the first time
Trustpilot