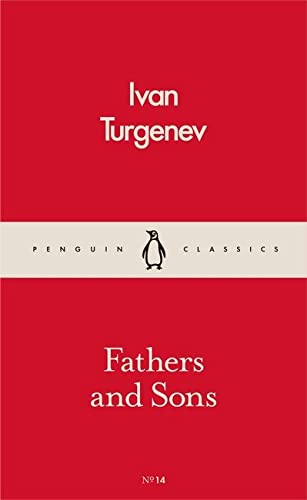 Fathers and Sons
by Ivan Turgenev

Used Price
$18.49
inc. GST
Free Shipping in Australia
Returning home after years away at university, Arkady is proud to introduce his clever friend Bazarov to his father and uncle. But their guest soon stirs up unrest on the quiet country estate - his outspoken nihilist views and his scathing criticisms of the older men expose the growing distance between Arkady and his father.
Reviews:
Trustpilot
Good

Fathers and Sons by Ivan Turgenev

This humane, moving masterpiece of families, love, duels, heartache, failure and the clash between generations caused a scandal in nineteenth-century Russia with its portrayal of youthful nihilism.

If you want to get as close as an English reader can to enjoying Turgenev, Carson is probably the best -- Donald Rayfield * Times Literary Supplement *
Fathers and Sons was one of the first Russian novels to be translated for a wider European audience. It is a difficult art: in this superb new version, Peter Carson has succeeded splendidly -- Michael Binyon * The Times *

Ivan Sergeyevich Turgenev was born in 1818 in the province of Oryol. In 1827 he entered St Petersburg University where he studied philosophy. When he was nineteen he published his first poems and went to the University of Berlin. After two years he returned to Russia and took his degree at the University of Moscow. After 1856 he lived mostly abroad, and he became the first Russian writer to gain a wide reputation in Europe. He wrote many novels, plays, short stories and novellas, of which First Love (1860) is the most famous. He died in Paris in 1883.

GOR007849713
Fathers and Sons by Ivan Turgenev
Ivan Turgenev
Pocket Penguins
Used - Good
Paperback
Penguin Books Ltd
2016-05-26
272
024126197X
9780241261972
N/A
Book picture is for illustrative purposes only, actual binding, cover or edition may vary.
The book has been read but remains in clean condition. All pages are intact and the cover is intact. Some minor wear to the spine.