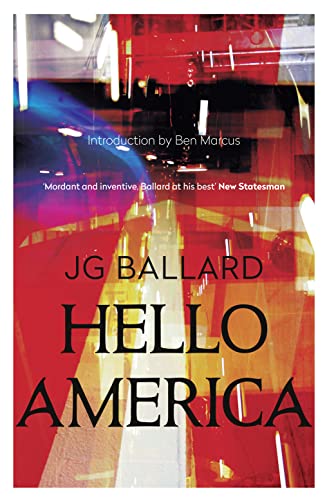 A terrifying vision of the future from one of the twentieth century's most renowned writers - J. G. Ballard, author of `Empire of the Sun' and `Crash'.

A terrifying vision of the future from one of the twentieth century's most renowned writers - J. G. Ballard, author of `Empire of the Sun' and `Crash'.

Following the energy crisis of the late twentieth-century America has been abandoned. Now, a century later, an expedition from Europe returns to the deserted continent. But America is unrecognisable - the Bering Strait has been dammed and the whole continent has become a desert, populated by isolated natives and the bizarre remnants of a disintegrated culture.

The expedition sets off from Manhattan on a cross-continent journey, through Holiday Inns and abandoned theme parks. They will uncover a shocking new power in the heart of Las Vegas in this unique vision of our world transformed.

This edition is part of a new commemorative series of Ballard's works, featuring introductions from a number of his admirers (including Ned Beauman, Ali Smith, Neil Gaiman and Martin Amis) and brand-new cover designs.

`Mordant and inventive, Ballard at his best' New Statesman

`It is futile to have expectations of Ballard: he will inevitably subvert them. All we know for certain is that the novels he will write could not be written, could not even be guessed at, by anyone else' Martin Amis, Observer

`Enter Mr Ballard's worlds and you become entranced in a seance difficult to break out of, so powerful is his method' The Times

`This is a very clever fiction, and - yes - another amazing improvisation on Ballard's basic theme' Guardian

GOR002825874
Hello America by J. G. Ballard
J. G. Ballard
Used - Very Good
Paperback
HarperCollins Publishers
2008-09-01
256
0007287038
9780007287031
N/A
Book picture is for illustrative purposes only, actual binding, cover or edition may vary.
This is a used book - there is no escaping the fact it has been read by someone else and it will show signs of wear and previous use. Overall we expect it to be in very good condition, but if you are not entirely satisfied please get in touch with us.