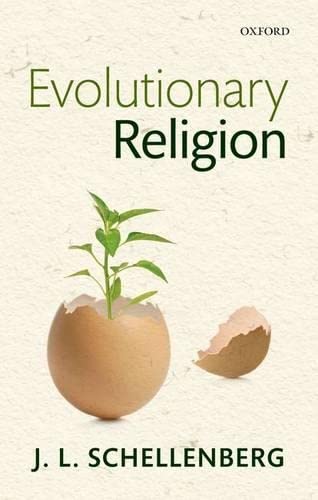 Used Price
$34.99
inc. GST
Free Shipping in Australia
J. L. Schellenberg offers a path to a new kind of religious outlook. Reflection on our early stage in the evolutionary process leads to scepticism about religion, but also offers a new answer to the problem of faith and reason, and the possibility of a new, evolutionary form of religion.
Very Good

J. L. Schellenberg articulates and defends a simple but revolutionary idea: we are still at a very early stage in the possible history of intelligent life on our planet, and should frame our religious attitudes accordingly. Humans have begun to adapt to a deep past-one measured in billions of years, not thousands. But we have not really noticed how thin is the sliver of past time in which all of our religious life is contained. And the eons that may yet see intelligent life have hardly started to come into focus. When these things are internalized, our whole picture of religion may change. For then we will for the first time be in a position to ask: Might there be a form of religion appropriate to such an early stage of development as our own? Might such 'evolutionary religion' be rather different from the forms of religion we see all around us today? And might it be better fitted to meet the demands of reason? Though most concerned simply to get a new discussion going, Evolutionary Religion maintains that the answer is in each case 'yes'. When the light of deep time has fully been switched on, a new form of skepticism but, at the same time, new possibilities of religious life will come into view. We will find ourselves drawn to religious attitudes that, while not foregoing the idea of a transcendent ultimate, manage to do without believing and without details. As Schellenberg reveals, pursuing evolutionary religion instead of embracing a scientific naturalism is something that can rationally be done, even if traditional religious belief is placed out of bounds by argument. And ironically it is science that should help us see this. Indeed, in a new cultural dispensation evolutionary religion may come to be a preferred option among those most concerned for our intellectual enrichment and for our survival into the deep future.

A stimulating contribution, this slender and thought-provoking volume is well worth the read. * William J. Meyer, International Journal for Philosophy of Religion *
Schellenberg's emphasis on deep time and on an evolutionary perspective is important, and it does have implications for religious beliefs. . . . The book is accessible to the general reader. It deals with issues of "spirituality" and "religion" that are of both general and scholarly interest. And it would make a good text for college discussions of the nature of religious faith. * Keith Ward, Notre Dame Philosophical Reviews *
I enjoyed reading this a great deal. Its proposal is serious and well-reasoned, and I want to argue with the author, which is just about the highest recommendation I can give of a book. * Michael Ruse, Florida State University *
John Schellenberg offers a new and intriguing perspective on religion, one that takes the evolutionary timescale seriously. He opens up new possibilities for fruitful discussion between enlightened religious believers and secular humanists * Philip Kitcher, Columbia University *
ith his customary clarity, wit and originality, Schellenberg invites us to re-imagine religion's future possibilities and power within the realm of cultural evolution. This book cuts right through the tired contemporary stand-offs between church and secular science. * Sarah Coakley, University of Cambridge *
This clearly written book is a philosophical tour de force, as accessible as it is profound. * Paul Draper, Purdue University *
Evolutionary Religion is a very fine book. Its distinctive thesis and innovative arguments expand our understanding of religion, the philosophy of religion, and skepticism * Joshua C. Thurow, International Journal for the Study of Skepticism *

John Schellenberg came to Mount Saint Vincent University in 1994, after teaching stints at Medicine Hat College and the University of Calgary. His central work in philosophy brings reflection in metaphysics, epistemology, and ethics to bear on the philosophy of religion. Over the past seven years, he completed a trilogy on that subject.

GOR007027456
Evolutionary Religion by J. L. Schellenberg (Mount Saint Vincent University)
J. L. Schellenberg (Mount Saint Vincent University)
Used - Very Good
Paperback
Oxford University Press
2015-06-01
184
0198744366
9780198744368
N/A
Book picture is for illustrative purposes only, actual binding, cover or edition may vary.
This is a used book - there is no escaping the fact it has been read by someone else and it will show signs of wear and previous use. Overall we expect it to be in very good condition, but if you are not entirely satisfied please get in touch with us.