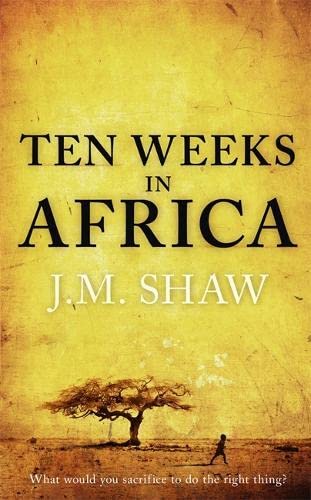 Used Price
$18.99
inc. GST
Free Shipping in Australia
Set in a fictitious African country, this is a powerful exploration of corruption, integrity, and the gulf between ideals and reality, by a 21st-Century Graham Greene.
Reviews:
Trustpilot
Very Good

A vivid, gripping novel about corruption, integrity and good intentions gone wrong, set in an African country on the brink of civil war, for fans of John le Carre, Graham Greene and William Boyd.

As Ed and Sarah Caine's plane passes over the Ngozi hills and begins its descent into Kisuru, Sarah is dazzled by the purity of unspoiled nature, the perfect environment in which to raise their son. Ed, meanwhile, as Director of the Global Justice Alliance for East Africa, looks forward to rolling up his sleeves and making a real difference in a country that seems to be developing fast.

Below them, in the sprawling Makera slum, Stephen Odinga - who has to find a way of making more money for his dying mother than they can earn through the family business selling fried bananas - decides to try a more lucrative line of business. Meanwhile, Joseph Kamunda, a senior official in a government that for five years has been failing to deliver on its promise to end political corruption, is feeling isolated and exposed, while others around him covertly seek personal advantage out of International Aid programmes. And beyond the hills, a rebel army seethes and waits, poised to tip the country into civil war.

Before he knows it, the duplicity Ed thinks he has left behind in England will begin to infect his own family. Ten Weeks in Africa explores, in urgent, breathtaking prose, the tensions between our ideals and our reality, the deep rifts of cultural misunderstanding and the true cost of uninformed good intentions.

Page-turning and deeply moving. A masterpiece. * Amanda Foreman *
Had all the pace and drama you could wish for * Guardian *
Lucid and humane * Charles Moore, Daily Telegraph *
A dramatic story which involves the reader from the first page. The insight into the politics of overseas aid is as convincing and courageous as the author's depiction of comprehensive education in The Illumination of Merton Browne. * Piers Paul Reed *
'Shaw's pacing, happily, is almost faultless. With its emphasis on dialogue, its ensemble cast, its moral dilemmas and its well-maintained tension his book has the feel already of a television miniseries . . . it is crammed with plot and constant drama.' * Literary Review *

Praise for The Illumination of Merton Browne:

'As soon as you read the first page you're gripped by the voice...a state of the nation novel...a very tough, unflinching look at what life is like today...but there's also an incredible amount of hope...scary, compelling, original...brilliant'

* Boyd Hilton, Simon Mayo Show, Radio 5 *
Merton has a distinctive voice - edgy, sharp, and avid for adventure, whether it's drugs or sex. His inner struggle to abandon his self-destructive path and become responsible for his own life makes for a gripping read. * Daily Mail *
An explosive, disturbingly realistic story * Guardian *
Visceral, tough and original * Tim Lott *
'A vivid, sometimes shocking novel, which combines a fast-moving narrative with an incisive, satirical critique of comprehensive education' * Piers Paul Read, Spectator , Books of the Year *

JM Shaw lives in Bath. His first novel, THE ILLUMINATION OF MERTON BROWNE, was shortlisted for the Commonwealth First Book Award.

GOR004756937
Ten Weeks in Africa by J M Shaw
J M Shaw
Used - Very Good
Hardback
Hodder & Stoughton
2012-08-16
384
0340934050
9780340934050
N/A
Book picture is for illustrative purposes only, actual binding, cover or edition may vary.
This is a used book - there is no escaping the fact it has been read by someone else and it will show signs of wear and previous use. Overall we expect it to be in very good condition, but if you are not entirely satisfied please get in touch with us.