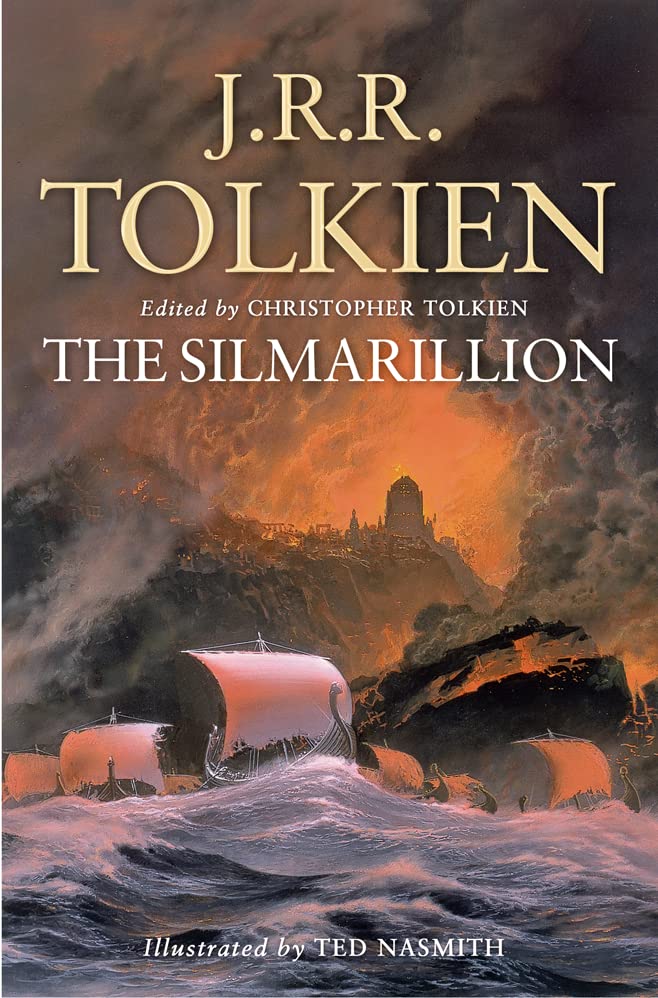 For the first time in paperback, a fully illustrated edition of The Silmarillion, with colour plates by the celebrated artist Ted Nasmith - designed to match the rest of the Tolkien series.

For the first time in paperback, a fully illustrated edition of The Silmarillion, with colour plates by the celebrated artist Ted Nasmith - designed to match the rest of the Tolkien series.

J R R Tolkien's SILMARILLION is the core work of the Middle-earth canon. It is in this complex and often neglected masterpiece that the entire cosmology for the background for THE HOBBIT and, particularly, THE LORD OF THE RINGS is documented.

This new paperback volume contains fabulous tales of heroes and monsters, and the history of the Silmarils - the magical jewels produced by Feanor, most gifted Lord of the Elves; it tells of the creation of Middle-earth, and the coming of Men into the world; it chronicles the early epic battles between good and evil, forces of light and dark, which foreshadow the great conflict with Sauron, the Dark Lord, in THE LORD OF THE RINGS.

These tales of Middle-earth were published posthumously in 1977. Tolkien worked on THE SILMARILLION all his life - long before THE HOBBIT or LORD OF THE RINGS - and his son and literary executor Christopher Tolkien edited the material he left behind into its current form.

Complete with a series of full-colour paintings by acclaimed Tolkien artist Ted Nasmith, this sumptuous new edition allows the stories within to really come alive - from the creation of the world and the Tale of Beren and Luthien to the Fall of Numenor and the End of the First Age.

`How, given little over half a century of work, did one man become the creative equivalent of a people?' The Guardian

`Demanding to be compared with English mythologies... at times rises to the greatness of true myth' Financial Times

`A creation myth of singular beauty... magnificent in its best moments' Washington Post

J R R Tolkien (1892-1973) was a distinguished academic, though he is best known for writing The Hobbit, The Lord of the Rings and The Silmarillion, plus other stories and essays. His books have been translated into over 40 languages and have sold many millions of copies world wide.