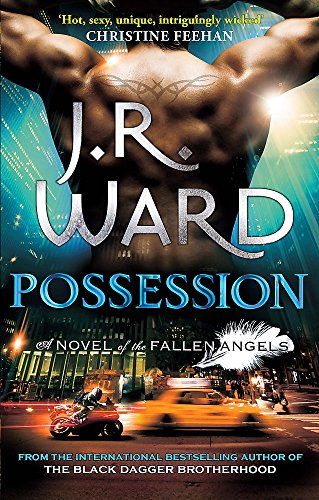 Jim Heron, disgruntled fallen angel, thinks that he finally has a leg up against Devinia, a devil's minion, in their fight over seven souls to end the war against good and evil. This is because Jim knows exactly which earthly soul he needs to save: a distant single father of a 13-year-old son. Luckily, Jim thinks that he can leverage the power of love, because this man is in love with a careful woman previously burnt by lust. So instead, Jim focuses his attentions on Sissy, the young soul he saved from Devinia's clutches, who is now transitioning to her life as an angel.

But things are more complicated than they seem, because someone else is in love with that careful woman - the twin of the man whose soul needs saving. And unfortunately, this twin is the better contender for romance - he's a good-hearted sensitive musician. Torn between gentle support and steamy passion, will this woman make the choice that brings a brooding, broken soul to redemption? Or will that soul be doomed to endure the most hellish possession?

GOR005899166
Possession: Number 5 in series by J. R. Ward
J. R. Ward
Fallen Angels
Used - Very Good
Paperback
Little, Brown Book Group
2014-04-29
544
0749957050
9780749957056
N/A
Book picture is for illustrative purposes only, actual binding, cover or edition may vary.
This is a used book - there is no escaping the fact it has been read by someone else and it will show signs of wear and previous use. Overall we expect it to be in very good condition, but if you are not entirely satisfied please get in touch with us.