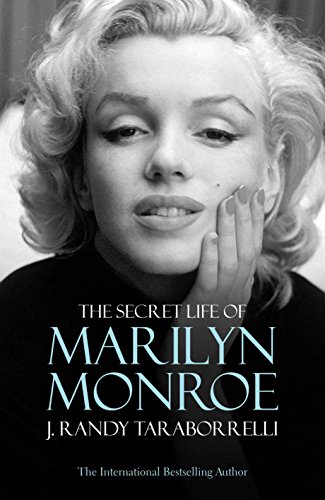 The Secret Life of Marilyn Monroe
by J. Randy Taraborrelli

In Stock
$13.99
+10% GST
The definitive biography of the most enduring icon in popular culture.
Good
Only 1 left

The Secret Life of Marilyn Monroe by J. Randy Taraborrelli

When Marilyn Monroe became famous in the 1950s, the world was told that her mother was either dead or simply not a part of her life. However, that was not true. In fact, her mentally ill mother was very much present in Marilyn's world and the complex family dynamic that unfolded behind the scenes is a story that has never been told - until now. In this groundbreaking book Taraborrelli draws complex and sympathetic portraits of the women so influential in the actress' life, including her mother, her foster mother and her legal guardian. He also reveals, for the first time, the shocking scope of Marilyn's own mental illness, the identity of Marilyn's father and the half-brother she never knew, and new information about her relationship with the Kennedys - Bobby, Jack and Pat Lawford Kennedy.

Explosive, revelatory and surprisingly moving, this is the final word on the life of one of the most fascinating and elusive icons of the twentieth century.

J. Randy Taraborrelli is a highly-acclaimed biographer, whose bestselling titles include Madonna: An Intimate Biography, Michael Jackson: The Magic and the Madness, Elizabeth, Once Upon a Time: The Story of Princess Grace, Prince Rainier and their Family, Call Her Miss Ross and Sinatra: The Man and the Myth. He is also a CBS-TV news analyst and lives in California.

GOR001952218
The Secret Life of Marilyn Monroe by J. Randy Taraborrelli
J. Randy Taraborrelli
Used - Good
Hardback
Pan Macmillan
2009-09-18
576
0283070684
9780283070686
N/A
Book picture is for illustrative purposes only, actual binding, cover or edition may vary.
This is a used book - there is no escaping the fact it has been read by someone else and it will show signs of wear and previous use. Overall we expect it to be in very good condition, but if you are not entirely satisfied please get in touch with us.