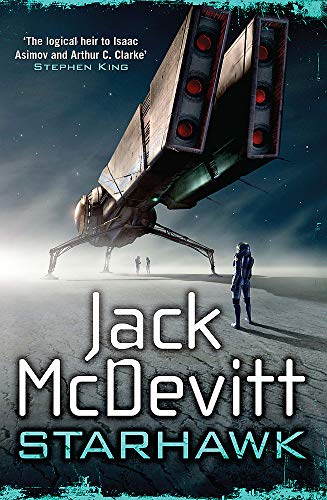 Used Price
$22.49
inc. GST
Free Shipping in Australia
Starting your first job is always tough ... especially when you're an interstellar pilot. This is the mind-blowing story of how it all began for one of SF's most remarkable characters. Perfect for fans of Ray Bradbury and Joe Haldeman.
Reviews:
Trustpilot
Very Good

Interstellar pilot Priscilla 'Hutch' Hutchins has seen a lot of action. But now, multi award-winning science-fiction master Jack McDevitt gives us the thrilling, edge-of-your-seat tale of how it all began ...

Hutch has finally realised her dream: she's completed a nerve-bending qualification flight for a pilot's licence.

Her timing is far from optimal, however. Faster-than-light travel has only recently become a reality and the World Space Authority is still learning how to manage long-range missions safely. To make matters worse, efforts to prepare two planets for colonization are killing off native life forms, outraging people on Earth. So interstellar pilots are not exactly in demand.

Although Hutch fears her career may be over before it has begun, her ambition won't be denied and soon she is on the bridge of an interstellar ship, working for the corporation that is responsible for the terraforming. Her working conditions include bomb threats, sabotage, clashes with her employers ... and a mission to a world adrift between the stars which harbours a life form unlike anything humanity has ever seen.

Ultimately, she will be part of a life and death struggle which will test not just her capabilities, but also her character.

GOR005924356
Starhawk by Jack McDevitt
Jack McDevitt
Academy
Used - Very Good
Paperback
Headline Publishing Group
2013-11-05
416
1472207556
9781472207555
N/A
Book picture is for illustrative purposes only, actual binding, cover or edition may vary.
This is a used book - there is no escaping the fact it has been read by someone else and it will show signs of wear and previous use. Overall we expect it to be in very good condition, but if you are not entirely satisfied please get in touch with us.