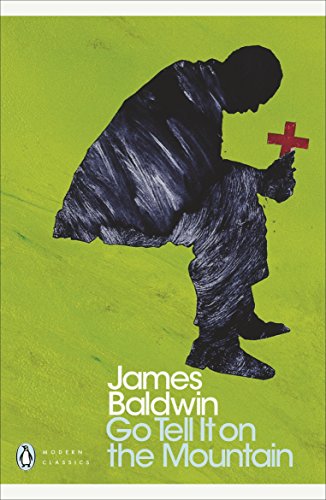 Go Tell it on the Mountain
by James Baldwin

Out of Stock
$15.49
+10% GST
Presents a semi-autobiographical exploration of the troubled life of the Grimes family in Harlem during the Depression.
Very Good
Only 0 left

Go Tell it on the Mountain Summary

Go Tell it on the Mountain by James Baldwin

Drawing on James Baldwin's own boyhood in a religious community in 1930s Harlem, his first novel tells the story of young Johnny Grimes. Johnny is destined to become a preacher like his father, Gabriel, at the Temple of the Fire Baptized, where the church swells with song and it is as if 'the Holy Ghost were riding on the air'. But he feels only scalding hatred for Gabriel, whose fear and fanaticism lead him to abuse his family. Johnny vows that, for him, things will be different. This blazing tale is full of passion and guilt, of secret sinners and prayers singing on the wind.

'His prose hit me, almost winding me with its intensity. I'd never read a novel that described loneliness and desire with such burning eloquence' Douglas Field, Guardian

'A beautiful, enduring, spirtual song of a novel' Andrew O'Hagan

Go Tell it on the Mountain Reviews

It broke my heart and made me want to jump up and down... It captures an essential aspect of life in America, its contradictions and seductions, that bittersweet mix of love and hate that so many feel towards the country -- Azar Nafisi * Independent *
His prose hit me, almost winding me with its intensity. I'd never read a novel that described loneliness and desire with such burning eloquence -- Douglas Field * Guardian *
Vivid imagery, with lavish attention to details * The New York Times *
A beautiful, enduring, spiritual song of a novel -- Andrew O'Hagan
One of the few essential novelists of our time * New Statesman *

Born in Harlem in 1924, Baldwin had an early career as a teenage preacher. He lived in Paris from 1948-1956 and his first novels, the autobiographical GO TELL IT ON THE MOUNTAIN and GIOVANNI'S ROOM established him as a promising novelist and anticipated some of the themes of his later works, such as racism and sexuality. He became a prominent spokesperson for racial equality, especially during the civil rights movement. He lived in France during his last years. Baldwin died in 1987.

GOR001638422
Go Tell it on the Mountain by James Baldwin
James Baldwin
Penguin Modern Classics
Used - Very Good
Paperback
Penguin Books Ltd
2001-10-04
272
0141185910
9780141185910
N/A
Book picture is for illustrative purposes only, actual binding, cover or edition may vary.
This is a used book - there is no escaping the fact it has been read by someone else and it will show signs of wear and previous use. Overall we expect it to be in very good condition, but if you are not entirely satisfied please get in touch with us.