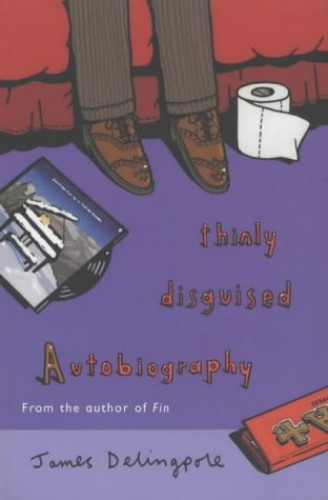 As if it wasn't bad enough the first time around, experience the decade of greed, green wellies, pills, thrills and bellyaches all over again . . .

This is the book that tells you like it is and like it was.Wearing the terrible clothes and awful hair known as eighties 'style', Josh starts his first year at Oxford bursting with hopes, ambitions and ludicrously unrealistic expectations. Thinly Disguised Autobiography is the story of his rude awakening, from the sleaze of Fleet Street to the terror of the LA riots, from clubbing at the Wag to slumming it at Glastonbury, from Oxford to London via Venice, Spetses, Laguna Beach and Bromsgrove: the highs, the lows, the snobbery, rejection, bitterness and disappointment. Plus copious quantities of drugs - and even a tiny bit of romance.

'Sharp and enjoyable . . . A clever social comedy' The Times

'If you like Nick Hornby, you'll like this' Daily Mail 'Sharp and enjoyable...A clever social comedy' The Times 'A thoroughly entertaining novel' Scotsman 'Canny, funny and refreshingly original' Mirror
James Delingpole is rock critic for the Sunday Telegraph and TV critic for the Spectator. He lives in London with his wife and children.
GOR011112823
9780330493369
0330493361
Thinly Disguised Autobiography by James Delingpole
James Delingpole
Used - Like New
Paperback
Pan Macmillan
2003-07-18
480
N/A
Book picture is for illustrative purposes only, actual binding, cover or edition may vary.
The book has been read, but looks new. The book cover has no visible wear, and the dust jacket is included if applicable. No missing or damaged pages, no tears, possible very minimal creasing, no underlining or highlighting of text, and no writing in the margins
Trustpilot