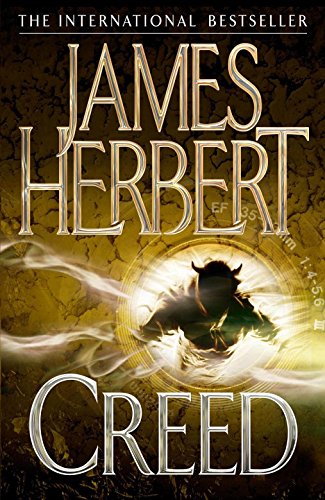 Sometimes horror is in the mind. And sometimes it's real. Telling the difference isn't always easy.

It wasn't for Joe Creed. He'd just photographed the unreal. Now he had to pay the price. Because he always thought that demons were just a joke. But the joke was on him.And it wasn't very funny. It was deadly . . .

Chilling event follows chilling event . . . The plot thickens. Your head spins. * Daily Mail *
He is one of the few writers taking forward the tradition of the great supernatural storytellers -- and being innovative. * Evening Standard *
A streamlined racehorse of a book, pulsing with energy, Creed will delight Herbert fans, and surely astonish them. * Fear *

GOR004943879
Creed by James Herbert
James Herbert
Used - Very Good
Paperback
Pan Macmillan
2012-11-08
400
0330522655
9780330522656
N/A
Book picture is for illustrative purposes only, actual binding, cover or edition may vary.
This is a used book - there is no escaping the fact it has been read by someone else and it will show signs of wear and previous use. Overall we expect it to be in very good condition, but if you are not entirely satisfied please get in touch with us.