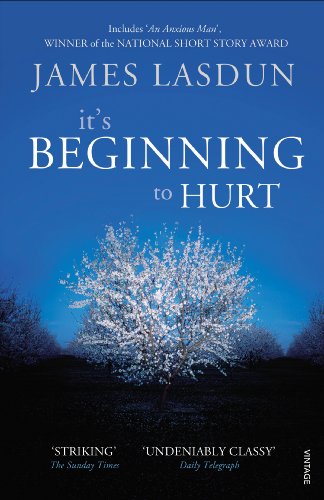 It's Beginning To Hurt
by James Lasdun

Used Price
15,99 $
inc. GST
Free Shipping in Australia
In sharply evoked settings that range from the wilds of Northern Greece to the beaches of Cape Cod, these intensely dramatic tales chart the metamorphoses of their characters as they fall prey to the gamut of human passions.
Reviews:
Trustpilot
Very Good

It's Beginning To Hurt Summary

It's Beginning To Hurt by James Lasdun

In sharply evoked settings that range from the wilds of Northern Greece to the beaches of Cape Cod, these intensely dramatic tales chart the metamorphoses of their characters as they fall prey to the gamut of human passions. The lives in them seethe with love, hate, desire, fear, tender corruption and cruel idealism. They rise to unexpected heights of decency, stumble into comic or tragic folly, they throw themselves open to lust, longing, paranoia - but they are always recognisably, illuminatingly, our lives. Winner of the BBC National Short Story Award.

Customer Reviews - It's Beginning To Hurt

It's Beginning To Hurt Reviews

"James Lasdun is probably the closest in recent years this country has come to a genuinely great practitioner of the short story" * Guardian *
"Elegant, acutely observed and utterly unflinching... Many writers aim to create work that is unsettling, or perhaps even painful - though not, usually, too painful to bear, at least during the actual reading of the tale. Few, however, do it so well as James Lasdun" -- John Burnside * The Times *
"James Lasdun seems to me to be one of the secret gardens of English writing... when we read him we know what language is for" -- James Wood
"Highly intelligent, elegantly composed, darkly haunting and greatly moving, few writers could even hope to compare with Lasdun's literary brilliance" * Scotsman *
"Lasdun is a good poet; his prose here is marked by a fine, thoughtful, humane exactness" -- Tom Deveson * Sunday Times *

GOR001773081
It's Beginning To Hurt by James Lasdun
James Lasdun
Used - Very Good
Paperback
Vintage Publishing
2010-04-01
272
0099512327
9780099512325
N/A
Book picture is for illustrative purposes only, actual binding, cover or edition may vary.
This is a used book - there is no escaping the fact it has been read by someone else and it will show signs of wear and previous use. Overall we expect it to be in very good condition, but if you are not entirely satisfied please get in touch with us.