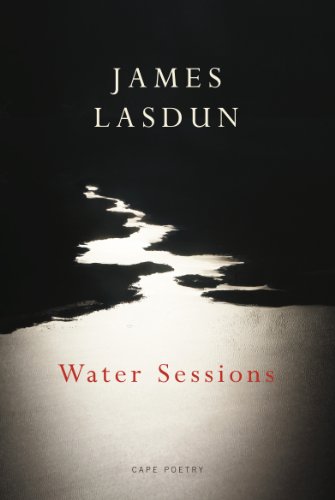 Used Price
$12.99
inc. GST
Free Shipping in Australia
James Lasdun's new book of poems, his first since his acclaimed collection Landscape with Chainsaw, applies his characteristic blend of the celebratory and the elegiac to a rich variety of new themes and old obsessions.
Reviews:
Trustpilot
Like New Very Good

James Lasdun's new book of poems, his first since his acclaimed collection Landscape with Chainsaw, applies his characteristic blend of the celebratory and the elegiac to a rich variety of new themes and old obsessions. At once personal and political, Water Sessions brilliantly registers the shock waves of global tumult in the most intimately domestic of settings, while at the same time constantly feeling its way outward through private experience into the larger arenas of social and civic drama. Fathers and sons, men and women, desire and repression, art and silence, form the book's central polarities. Recurrent motifs of water and gardens give its wide-ranging subjects a satisfying coherence while also supplying its sometimes darkly urgent poems with a note of intense lyrical beauty. Much praised for the wit and tensile strength of his line, Lasdun moves in this volume from the tight formality of 'Stones' through the highly original patient/therapist dialogue form of the title poem, to the exuberant free verse of 'Dog Days', with a versatility and intelligence that ensure his standing as one of the most gifted poets writing today.

"The title sequence both sends up and celebrates the talking cure" -- Mark Sanderson * Sunday Telegraph *
"Water Sessions is a collection of fine psychological acuity and astringent beauty" -- Adam Newey * Guardian *
"Sharp, slicing imagery gives Lasdun's poetry its deep notch of truth" * New York Times *
"[D]eeply literary, but cool as well... Urbane excursions in pastoral, these verses will ensure there are laurels on Lasdun's brow for many years to come" -- Giles Foden * Guardian *
""It Isn't Me" will doubtless illicit a pang of recognition from many readers; "Blues for Samson", a candid but measured take on the capricious male libido, also deserves mention. In their reflective patter, formal dexterity, serio-comic tones and depth of feeling, these are the stand-out poems in an excellent book." -- Ben Wilkinson * TLS *

GOR009876265
Water Sessions by James Lasdun
James Lasdun
Used - Like New
Paperback
Vintage Publishing
2012-09-06
64
0224097091
9780224097093
N/A
Book picture is for illustrative purposes only, actual binding, cover or edition may vary.
This is a used book - there is no escaping the fact it has been read by someone else and it will show signs of wear and previous use. Overall we expect it to be in very good condition, but if you are not entirely satisfied please get in touch with us.