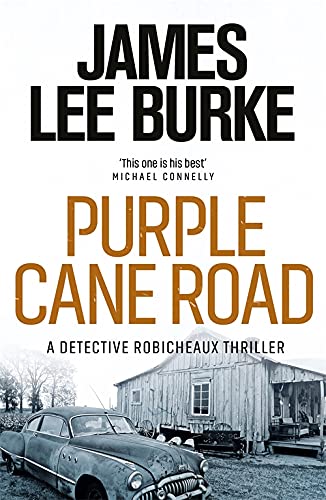 When Detective Dave Robicheaux discovers disturbing secrets from his mother's past, he embarks on a journey through a murky world of vice, politics and murder.

Robicheaux has been told that his mother, Mae, was a hooker and ended her life drowned in a mud puddle by two cops working for the Mob. As Robichaeux and his partner hunt for the killers, they hook up with a door-to-door salesman turned state governor, a psychotic hit-man, and the owner of the mansion at Purple Cane Road - who knows rather too much about Robichaeux's wife . . .

GOR000494605
9780752843346
0752843346
Dave Robicheaux on the Purple Cane Road by James Lee Burke
James Lee Burke
Dave Robicheaux
Used - Very Good
Paperback
Orion Publishing Co
2001-06-07
448
N/A
Book picture is for illustrative purposes only, actual binding, cover or edition may vary.
This is a used book - there is no escaping the fact it has been read by someone else and it will show signs of wear and previous use. Overall we expect it to be in very good condition, but if you are not entirely satisfied please get in touch with us
Trustpilot