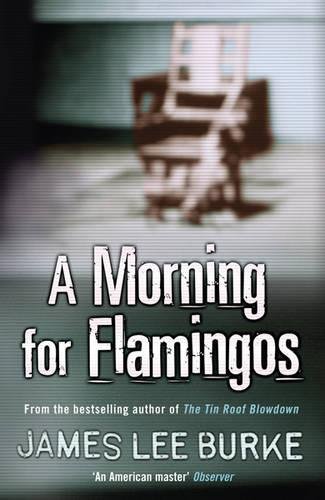 A Morning For Flamingos
by James Lee Burke

In Stock
$26.99
inc. GST
'No argument: James Lee Burke is among the finest of all contemporary American novelists' DAILY MAIL
Like New Very Good
Only 2 left

A Morning For Flamingos Summary

A Morning For Flamingos by James Lee Burke

Obsessed with revenge, Dave is persuaded by the DEA to go undercover into the torrid sleepy depths of New Orleans, a volatile world of Mafia drug-running and Cajun voodoo magic. He becomes irrevocably snarled in the nightmarish web surrounding Mafia don Tony Cardo and must put himself against his own worst fears in order to survive.

A Morning For Flamingos Reviews

James Lee Burke is the author of many previous novels, several featuring Detective Dave Robicheaux. He won the EDGAR AWARD in 1998 for CIMARRON ROSE, while BLACK CHERRY BLUES won the EDGAR in 1990 and SUNSET LIMITED was awarded the CWA GOLD DAGGER in 1998. He lives with his wife, Pearl, in Missoula, Montana and New Iberia, Louisiana.

GOR009823621
A Morning For Flamingos by James Lee Burke
James Lee Burke
Dave Robicheaux
Used - Like New
Paperback
Orion Publishing Co
2005-06-16
384
0753820293
9780753820292
N/A
Book picture is for illustrative purposes only, actual binding, cover or edition may vary.
The book has been read, but looks new. The book cover has no visible wear, and the dust jacket is included if applicable. No missing or damaged pages, no tears, possible very minimal creasing, no underlining or highlighting of text, and no writing in the margins.