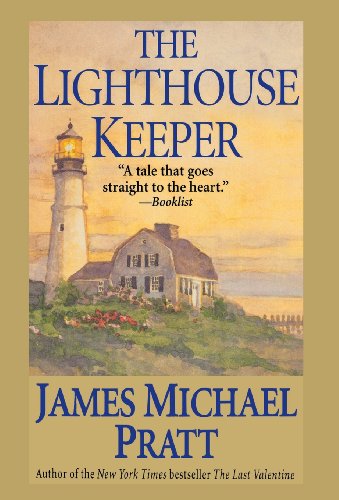 Out of Stock
$42.99
inc. GST
As a child, Peter O'Banyon's life changed irrevocably when his family was killed in a car accident and he went to live with his Uncle Billie, a lighthouse keeper in Massachusetts. From Billie he learns the secret of keeping love alive.
Very Good
Only 0 left

The beloved bestseller that will shine in your heart forever...

From the acclaimed author of The Last Valentine comes an unforgettable story about family, loss, and eternal love. Bestselling writer James Michael Pratt once again touches our emotions and our spirit as only a great writer can...

Ten-year-old Peter O'Banyon's life changes forever when his family dies in an accident. Orphaned, he goes to live with his garrulous Uncle Billie, the keeper of the Port Hope Island Lighthouse in Massachusetts. There, as the beacon leads sailors home, Peter learns an astonishing truth about Billie's past-- and the power of love. This message guides Peter's life, even when World War II's brutality rocks his faith, even when he returns to his young bride and an unimaginable tragedy. Now, in the final days of his own life, Peter needs to pass on the lighthouse keeper's secrets to his own daughter, but to do it may take nothing less than a miracle...

"A tale that goes straight to the heart." --Booklist

"Pratt...[shows] that the human spirit is like a lighthouse, capable of shining though the most devastating storms." --Publishers Weekly

"A return ticket to Bridges of Madison County territory." --People on The Last Valentine

James Michael Pratt is a full-time writer and radio host. His radio show, The Bestsellers Show is heard in a growing number of markets nationwide. A native Californian, he has been married to his wife, Jeanne, for twenty-five years and is the father of two children, Michael and Amy. Before beginning his writing career, he was active in financial and real estate-related business in Southern California. A frequent guest speaker, Pratt focuses on the motivational themes of hope, belief, love, and achieving personal success with a balanced life.

GOR005558104
The Lighthouse Keeper by James Michael Pratt
James Michael Pratt
Used - Very Good
Hardback
St Martin's Press
2000-07-20
288
0312241135
9780312241131
N/A
Book picture is for illustrative purposes only, actual binding, cover or edition may vary.
This is a used book - there is no escaping the fact it has been read by someone else and it will show signs of wear and previous use. Overall we expect it to be in very good condition, but if you are not entirely satisfied please get in touch with us.