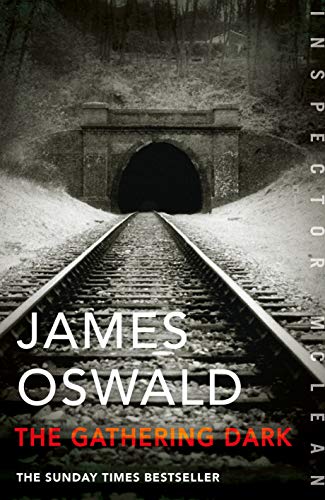 The Gathering Dark
by James Oswald

The Gathering Dark: New in the series, Inspector McLean 8 by James Oswald

THE DEAD DEMAND VENGEANCE in the ALL-NEW compelling novel in the BESTSELLING Inspector McLean series.

A truck driver loses control in central Edinburgh, ploughing into a crowded bus stop and spilling his vehicle's toxic load. The consequences are devastating.

DI Tony McLean witnesses the carnage. Taking control of the investigation, he soon realises there is much that is deeply amiss - and everyone involved seems to have something to hide.

But as McLean struggles to uncover who caused the tragedy, a greater crisis develops: the new Chief Superintendent's son is missing, last seen in the area of the crash . . .

PRAISE FOR THE INSPECTOR McLEAN SERIES

'Oswald's writing is in a class above most'
Daily Express

James Oswald is the author of the Inspector McLean series of crime novels. The first seven, Natural Causes, The Book of Souls, The Hangman's Song, Dead Men's Bones, Prayer for the Dead, The Damage Done and Written in Bones are available as Penguin paperbacks and ebooks. He has also written an epic fantasy series, The Ballad of Sir Benfro, which is published by Penguin, as well as comic scripts and short stories.

In his spare time he runs a 350-acre livestock farm in north-east Fife, where he raises pedigree Highland Cattle and New Zealand Romney sheep.

GOR008805221
The Gathering Dark: New in the series, Inspector McLean 8 by James Oswald
James Oswald
Inspector McLean
Used - Very Good
Hardback
Penguin Books Ltd
2018-01-25
448
071818369X
9780718183691
N/A
Book picture is for illustrative purposes only, actual binding, cover or edition may vary.
This is a used book - there is no escaping the fact it has been read by someone else and it will show signs of wear and previous use. Overall we expect it to be in very good condition, but if you are not entirely satisfied please get in touch with us.