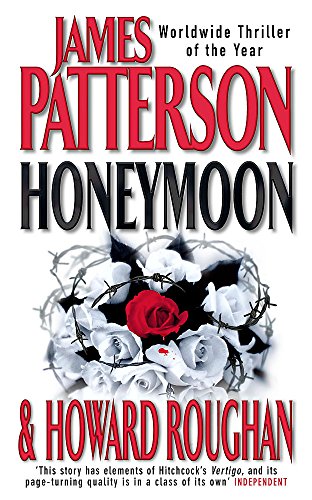 In Stock
$11.49
+10% GST
From James Patterson comes a sizzling, twisting, Hitchcockian thriller about a woman with a deadly appetite and the men who dare to fall for her.
Like New Very Good
Only 1 left

When FBI agent John O'Hara first meets Nora Sinclair, she seems perfect. She has the career. The charisma. The tantalising sex appeal. The whole extraordinary package - Nora doesn't attract men, she enthrals them. She's worked hard for this life and she will never give it up.

But why is the FBI so interested in Miss Sinclair? Mysterious things keep happening to the men in her life. And when Agent O'Hara looks more closely he sees something dangerous in Nora - something that lures him at the same time as it fills him with fear.

And the more time he spends with her the less he knows whether he is pursuing justice or his own fatal obsession.

James Patterson (Author)
James Patterson is one of the best-known and biggest-selling writers of all time. Since winning the Edgar (TM) Award for Best First Novel with The Thomas Berryman Number, his books have sold in excess of 300 million copies worldwide and he has been the most borrowed author in UK libraries for the past eight years in a row. He is the author of some of the most popular series of the past two decades - the Alex Cross, Women's Murder Club, Detective Michael Bennett and Private novels - and he has written many other number one bestsellers including romance novels and stand-alone thrillers. He lives in Florida with his wife and son.

GOR009684450
Honeymoon by James Patterson
James Patterson
Used - Like New
Paperback
Headline Publishing Group
2006-02-13
416
0755305779
9780755305773
N/A
Book picture is for illustrative purposes only, actual binding, cover or edition may vary.
This is a used book - there is no escaping the fact it has been read by someone else and it will show signs of wear and previous use. Overall we expect it to be in very good condition, but if you are not entirely satisfied please get in touch with us.