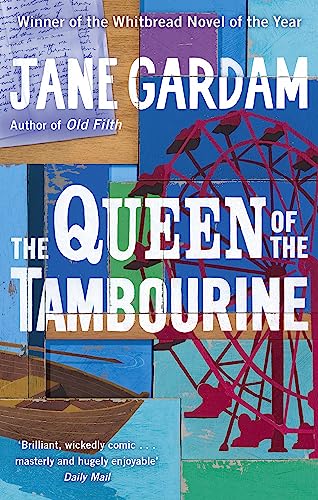 The Queen Of The Tambourine
by Jane Gardam

The Queen Of The Tambourine Summary

The Queen Of The Tambourine by Jane Gardam

Eliza Peabody is one of those dangerously blameless women who believe they have God in their pocket. She is a modern-day Florence Nightingale, always up at the Hospice or the Wives' club; she is too enthusiastic; she talks too much. Her concern for the welfare of her wealthy south London neighbours even extends to ingenuous, well-meaning notes of unsolicited advice under the door.

It is just such a one-sided correspondence that heralds Eliza's undoing. Did her letter have something to do with Joan's abrupt disappearance from number forty-one? What to make of the long absences of her husband and Joan's, and of the two men's new, inseparable friendship? And why will no one else on Rathbone Road speak of Joan? As Eliza's own life seems to disintegrate, she finds that, despite the pity and embarrassment with which her neighbours greet her, she is at last being drawn into their lives - although not in the way she had once fantasised about. This is a sharp, poignant and wickedly funny tale of love, heartache and disillusionment.

The Queen Of The Tambourine Reviews

Jane Gardam has been awarded the Heywood Hill Literary Prize for a lifetime's contribution to the enjoyment of literature. She has twice won a Whitbread Award and has been shortlisted for the Booker Prize. Her most recent novel, OLD FILTH, was shortlisted for the Orange Prize 2005.

GOR000551293
The Queen Of The Tambourine by Jane Gardam
Jane Gardam
Used - Very Good
Paperback
Little, Brown Book Group
1992-06-11
240
0349102260
9780349102269
Winner of Whitbread Prize (Novel) 1991 Winner of Whitbread Book Awards: Novel Category 1991
Book picture is for illustrative purposes only, actual binding, cover or edition may vary.
This is a used book - there is no escaping the fact it has been read by someone else and it will show signs of wear and previous use. Overall we expect it to be in very good condition, but if you are not entirely satisfied please get in touch with us.