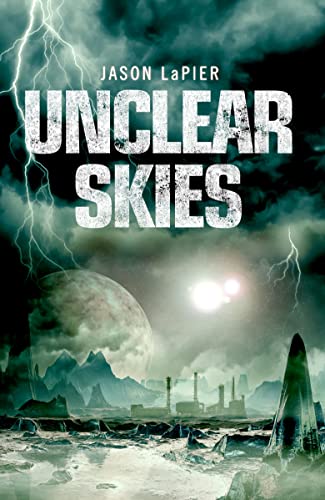 Justice isn't what it used to be

Rogue cop Stanford Runstom blew open a botched murder case and was given a promotion - of sorts. But doing PR work for ModPol, the security-firm-for-hire, is not the detective position Runstom had in mind, particularly when his orders become questionable.

Freedom always comes at a price

Despite being cleared of false murder charges, Jax is still a fugitive from justice. When ModPol catches up with him, keeping his freedom now means staying alive at any cost, even if that means joining Space Waste, the notorious criminal gang.

Security can be deadly

When ModPol and Space Waste go head to head, old friends Runstom and Jax find themselves caught between two bloodthirsty armies, and this time they might not escape with their lives.

'An unexpectedly unique, science fiction, mystery ... strong character development in this solid debut ... the engaging plot kept me pulled in to the very end' - SciFiChick.com

'I really enjoyed Unexpected Rain. I like the world LaPier has created and think there is a lot of potential for more stories in his universe' - Invested Ivana, One Book Two (OneBookTwo.com)

'This noble offering by a new voice pays homage in storytelling to past masters by doing what they did best: Having fun AND danger without getting bogged down by HARD SF rules. LaPier turns in a modern buddy romp in the Classic SF Vein!' - Nick Cole, author of The Wasteland Saga and Soda Pop Soldier

Born and raised in Upstate New York, Jason LaPier lives in Portland, Oregon with his wife and a couple of dachshunds. In past lives he has been a guitar player for a metal band, a drum-n-bass DJ, a record store owner, a game developer, and an IT consultant. These days he divides his time between writing fiction and developing software, and doing Oregonian things like gardening, hiking, and drinking microbrew. He can be found on Twitter @JasonWLaPier

GOR009706326
Unclear Skies (The Dome Trilogy, Book 2) by Jason LaPier
Jason LaPier
The Dome Trilogy
Used - Very Good
Paperback
HarperCollins Publishers
2016-07-28
416
0008160260
9780008160265
N/A
Book picture is for illustrative purposes only, actual binding, cover or edition may vary.
This is a used book - there is no escaping the fact it has been read by someone else and it will show signs of wear and previous use. Overall we expect it to be in very good condition, but if you are not entirely satisfied please get in touch with us.