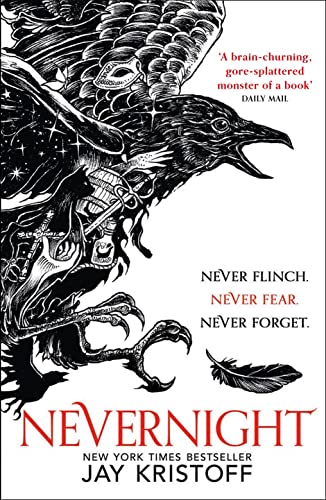 In Stock
$19.49
inc. GST
Mia Corvere is only ten years old when she is given her first lesson in death. Destined to destroy empires, the child raised in shadows made a promise on the day she lost everything: to avenge herself on those that shattered her world.
Very Good
5 in stock

WINNER OF THE THE AUREALIS AWARD FOR BEST FANTASY NOVEL

Mia Corvere is only ten years old when she is given her first lesson in death.

Destined to destroy empires, the child raised in shadows made a promise on the day she lost everything: to avenge herself on those that shattered her world.

But the chance to strike against such powerful enemies will be fleeting, and Mia must become a weapon without equal. Before she seeks vengeance, she must seek training among the infamous assassins of the Red Church of Itreya.

Inside the Church's halls, Mia must prove herself against the deadliest of opponents and survive the tutelage of murderers, liars and daemons at the heart of a murder cult.

'If you love Robin Hobb or George R.R. Martin, you will adore NEVERNIGHT'
Starburst

'With a delicate balance of the ancient and the magical, this tense and brutal tale is unflinching, thrilling and satisfying'
Publishers Weekly

Jay Kristoff is the New York Times and internationally bestselling author of The Lotus War, The Illuminae Files, and The Nevernight Chronicle. He is a winner of five Aurealis Awards, nominee for the David Gemmell Morningstar and Legend awards, named multiple times in the Kirkus and Amazon Best Teen Books lists and published in over thirty-five countries, most of which he has never visited. He is as surprised about all of this as you are.

Jay is 6'7'' and has approximately 11,935 days to live. He abides in Melbourne with his secret agent kung-fu assassin wife, and the world's laziest Jack Russell.

He does not believe in happy endings.

GOR008635088
Nevernight (The Nevernight Chronicle, Book 1) by Jay Kristoff
Jay Kristoff
The Nevernight Chronicle
Used - Very Good
Paperback
HarperCollins Publishers
2017-06-19
480
0008179980
9780008179984
N/A
Book picture is for illustrative purposes only, actual binding, cover or edition may vary.
This is a used book - there is no escaping the fact it has been read by someone else and it will show signs of wear and previous use. Overall we expect it to be in very good condition, but if you are not entirely satisfied please get in touch with us.