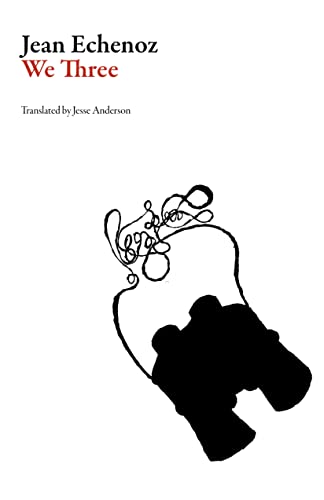 We Three by Jean Echenoz

After a series of coincidences and disasters 3 people find themselves aboard a spacecraft. Brimming with Jean Echenoz's inimitable humor, We Three is both a satirical take on the adventure novel and subtle experiment with narrative point of view.

We Three by Jean Echenoz

Louis Meyer is an overworked aerospace engineer looking forward to a week-long vacation on the Mediterranean. DeMilo is an astronaut and self-proclaimed ladies' man whose behavior borders on the obsessive and voyeuristic. When a series of coincidences and disasters-including a devastating earthquake in Marseilles-brings them together on a spacecraft with an aloof woman they are both strongly attracted to, the two men's flaws and shortcomings emerge as they engage in an underhanded competition to win her over. Brimming with Jean Echenoz's inimitable humor, We Three is both a satirical take on the adventure novel and subtle experiment with narrative point of view.

Anderson's adroit translation preserves the celebrated idiosyncrasies of Echenoz's prose. The writing is clear, precise, and playful, featuring dramatic tone and point-of-view shifts, imagined moments, and movie script-style scene descriptions. Echenoz constructs a tight narrative in a constant state of flux. This fluidity mirrors the uncertainty of the protagonists and narrator, who all demonstrate a sense of rootless yearning. This novel welcomes repeated readings and presents new aspects to admire each time. It's a satisfying book from one of France's preeminent contemporary authors. -Publishers Weekly, Starred Review for We Three

It is Echenoz's voice, the most distinctive voice of his generation, that holds us under its spell with its legerdemain of witty turns of phrase, inspired metaphors, fresh pop culture allusions, and the wackiest cast of characters this side of a David Lynch movie . . . [Echenoz is] the master magician of the contemporary French novel. -Washington Post

Echenoz belongs, with Umberto Eco in Italy, Julian Barnes in England, and Christoph Ransmayr in Germany, to the category of ironic novelists, devoid of all allusions, who have fun with their erudition. -Le Point

Jean Echenoz is one France's most respected living novelists. He has won several of France's most prestigious literary awards, including the Prix Goncourt for I'm Off and the Prix Medecis for Cherokee. His novel Chopin's Move is also available from Dalkey Archive Press. He lives in Paris.

Jesse Anderson is a literary translator and writer from Olympia, Washington. He currently lives and works in Beijing. Francis Bacon's Armchair was his first book-length publication.

NPB9781628971705
9781628971705
1628971703
We Three by Jean Echenoz
Jean Echenoz
FRE French Literature Series
New
Paperback
Dalkey Archive Press
20170224
152
N/A
Book picture is for illustrative purposes only, actual binding, cover or edition may vary.
This is a new book - be the first to read this copy. With untouched pages and a perfect binding, your brand new copy is ready to be opened for the first time
Trustpilot