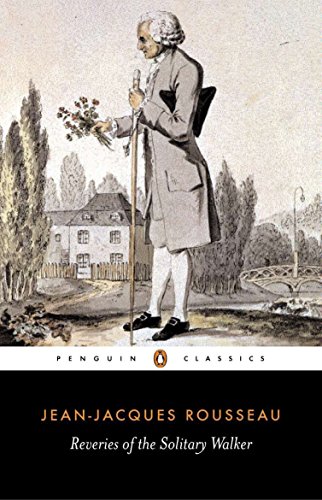 Reveries of the Solitary Walker
by Jean-Jacques Rousseau

In Stock
$16.49
inc. GST
An exploration of the author's thought as he looks back over his life, searching to justify his actions, to defend himself against his critics and to elaborate upon his philosophy. It describes his sense of isolation from a society he felt had rejected his writings.
Very Good Good Well Read
7 in stock

Reveries of the Solitary Walker Summary

Reveries of the Solitary Walker by Jean-Jacques Rousseau

After a period of forced exile and solitary wandering brought about by his radical views on religion and politics, Jean-Jacques Rousseau returned to Paris in 1770. Here, in the last two years of his life, he wrote his final work, the Reveries. In this eloquent masterpiece the great political thinker describes his sense of isolation from a society he felt had rejected his writings - and the manner in which he has come to terms with his alienation, as he walks around Paris, gazing at plants, day-dreaming and finding comfort in the virtues of solitude and the natural world. Meditative, amusing and lyrical, this is a fascinating exploration of Rousseau's thought as he looks back over his life, searching to justify his actions, to defend himself against his critics and to elaborate upon his philosophy.

Jean-Jacques Rousseau was born in Geneva in 1712. Abandoned by his father at the age of ten, he left the city in 1728 and from then on wandered Europe, searching for happiness. In 1732 he settled for eight years at Les Charmettes, remembered in his book Confessions. In 1741 he moved to Paris where he met Diderot, in the meantime fathering five children, all of whom he abandoned. His corwning achievement is his work of political philosophy, The Social Contract, which was published in 1762. He died in 1778.

Peter France is the author of books on French and Russian literature and has translated widely from both languages.

GOR001374825
Reveries of the Solitary Walker by Jean-Jacques Rousseau
Jean-Jacques Rousseau
Used - Very Good
Paperback
Penguin Books Ltd
1979-11-22
160
0140443630
9780140443639
N/A
Book picture is for illustrative purposes only, actual binding, cover or edition may vary.
This is a used book - there is no escaping the fact it has been read by someone else and it will show signs of wear and previous use. Overall we expect it to be in very good condition, but if you are not entirely satisfied please get in touch with us.